Dunedin's water treatment plant has been evacuated this afternoon, and two workers had to be treated after a fluoride bag split while the plant was being cleaned. 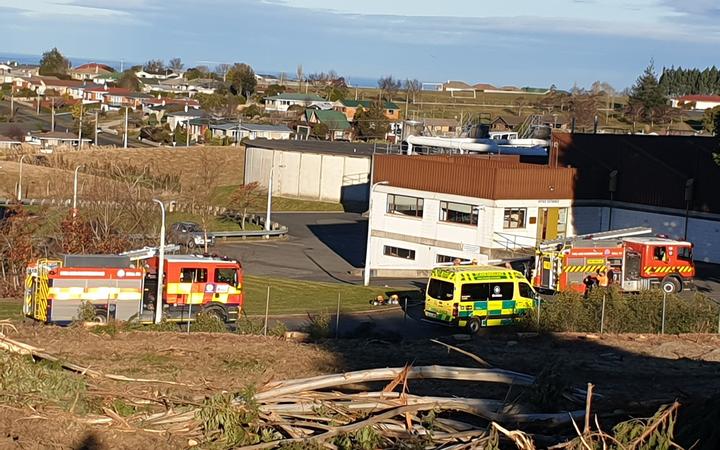 Fire and Emergency and St John were called to the Mount Grand Water Treatment Plant - in the city's west - shortly after 2pm.

Two workers were in the immediate vicinity of the spill, he said.

"The two staff involved were in full personal protective equipment and have been checked by ambulance staff as a precaution. There are no injuries," he said.

"The incident has no impact on the city's water supply."

"[ I ] can't say how much spilt but there was a bag of approximately 15kg which had been broken," he said.

"Unsure at this stage how that unfolded ... the amount released turned out to be minimal - which is fortunate - but we took every precaution as per our procedures to ensure everybody was safe, including the two workers."

The whole plant was evacuated as a precaution.

"In its diluted form it [fluoride] is not dangerous, however, in its concentrated forms it can be quite hazardous. So given there was a concentrated release we wanted to take the most precautions that we could," Mr Lind said.

The plant is now back in the hands of the Dunedin City Council for clean up.