Primary and intermediate school principals have rejected the government's latest pay offer, because it does not give them the same pay as secondary principals and leaves some earning less than senior teachers. 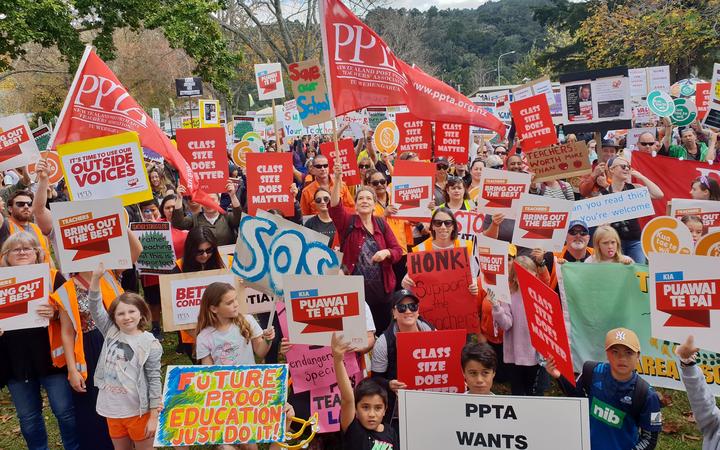 The decision follows more than a year of bargaining that has included three strikes in combination with primary school teachers, who have voted to accept their offer.

The Educational Institute announced the ballot results this morning.

The union's president, Lynda Stuart, said it had recommended principals accept the offer but they rejected it in part because the teachers' deal provided pay parity with secondary teachers but the principals' offer did not.

She said the offer also did not resolve the problem of senior teachers and managers being able to earn more than the principals of small schools.

"Principals historically are paid according to the size of their school. That doesn't take into account the complexity of the role of the principal," she said.

"We've got principals who are saying 'actually, I might as well leave this small-school role and go and be a DP [deputy principal] elsewhere'."

"If we say a teacher is a teacher no matter where they are - whether they're in early childhood, primary or secondary school - then the same for ... the principalship," Ms Green said.

Secretary of Education Iona Holsted said the ministry was disappointed principals had rejected a "substantial" offer.

Ms Holsted said the ministry had agreed to discuss how pay parity would be applied to principals but it was a much more complex issue for principals than for teachers.

"We remain available to meet with NZEI to discuss how the offer could be repackaged within the existing envelope for primary principals," she said.

The offer accepted by primary school teachers would give the union's members pay rises of between $2000 and $4000 on 1 July and would increase their pay by at least 18.5 percent by July 2021.

The Educational Institute said the teachers' deal was a big win for collective campaigning.

The union expected to announce the results of area school teachers' ballot on their collective agreeement on Friday and a ballot of secondary teachers by the Post Primary Teachers Association was due to end on Friday.