With just a few days to wait for the Matariki constellation to rise in our skies, the Māori New Year is almost here. 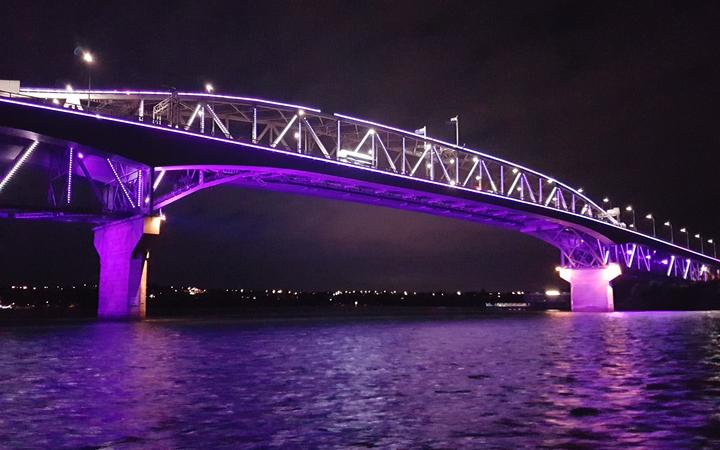 A preview of Auckland Harbour Bridge light display that will be on show during Matariki. Photo: RNZ / Joanna MacKenzie

Festivals are gearing up around the country to mark the first glimpse of the Seven Sisters cluster, which will be visible from 25 June.

In Tāmaki Makaurau, more than 100 events are happening, including a light display across the harbour bridge.

Those up just before dawn in the city on Thursday were treated to a preview of the show along with a group aboard a waka hourua, or double-hulled waka, on the Waitematā Harbour.

Aotearoa One is one of the boats that will be making special voyages throughout Matariki with a navigation expert to explain about the constellation.

This morning was the first showing of the Vector Lights for Matariki show which has been created by the iwi manaaki, or host iwi, Waikato-Tainui.

Onboard the waka, festival director Ataahua Papa said the lights illustrated some of the iwi's history. 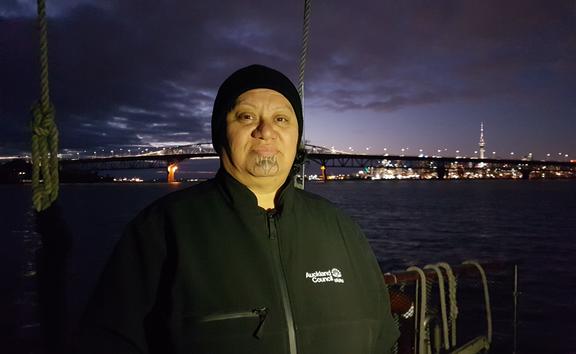 "But before he became king, he was the ariki [chief], he lived here and a couple of his sayings, it's a whole bunch of stories all rolled into seven minutes."

Interest in joining one of the special evening sailings of the waka during the festival to view the Matariki cluster had been overwhelming.

Ms Papa said there was huge appetite to learn more about Matariki and te ao Māori.

"It tells us that people are really hungry, hungry for knowledge, we know there are people hungry to learn te reo," she said.

"This is an extension of that, it's te reo but it's also the culture and all of the stories that go with it."

The seven-minute light show depicts 15 stories, including the rising of the Matariki star constellation and how the bird korotangi acted as "watcher" in the Tainui canoe.

Huirama Matatahi from Waahi Paa, deep in the heartland of Waikato-Tainui, said seeing the show was fantastic.

"Our stories tell us who we are, our stories ground us to where we are from and our stories are a pathway to the future," he said. 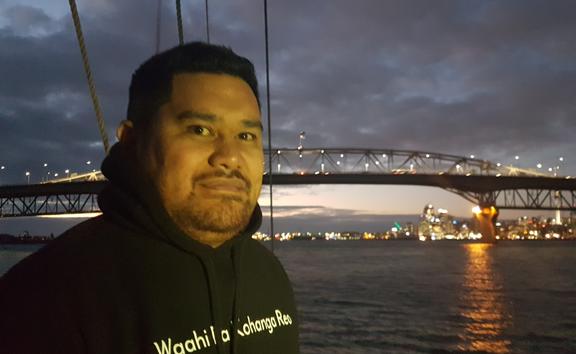 "It's only through the past that we're able to walk forward so seeing them [the stories] portrayed the way they are and brought into a light show is a little bit amazing."

As the sun rose over the harbour, the waka returned to the viaduct.

Back on dry land, captain of Aotearoa One, John-Reid Willison said sharing his passion for waka sailing was a great way to celebrate Matariki.

"A lot of people don't understand Matariki, they realise it is [star cluster] Pleiades, but what it really represents for us," he said.

It officially launches on Saturday at dawn with a special karakia at Pukekawa in the Auckland Domain.

The Vector Lights for Matariki display will play across the bridge every weekend during Matariki.