A lawyer is calling for a wider scope for dealing with offenders with mental health issues after a defendant was jailed for a year for abusing her mother. 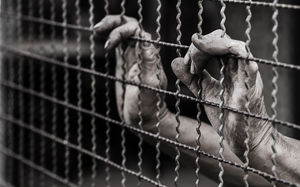 "It's a general problem that I'm experiencing with a number of people traversing through our criminal justice system who have mental health issues, now in our justice system at the moment we have a very high threshold for dealing with these people. Either they may suffer from an intellectual disability, they may be found unfit to stand trial, or they may also or separately have a defence of insanity available to them," Ms Taylor-Ciphers said.

"But that's an extremely high threshold for people to reach. And if you imagine that at one end of the spectrum and and at the other end of the spectrum, we've got people functioning and their day to day lives who suffer no mental health issues whatsoever. There's just a vast proportion of people in our criminal justice system who sit in between those two ends of the spectrum. And for those people, there's very little available for them to deal with some of the issues that may impair their decision-making ability that see them come before the criminal courts."

Asked if it would be practical to have a separate court for mental health cases, Ms Taylor-Cyphers said: "Well, certainly in terms of the budget, it would, but I've pondered that before.

"I draw on the analogy with the drug and alcohol court pilot that's in Waitakere in Auckland at the moment, and that pilot must be fairly successful as they've extended its life a little more. And I think the important bits about that is it recognizes that the issues of drug and alcohol and addiction are firstly treatable, but it also recognizes that it may impair people's decision making ability from time to time such as they come before the criminal courts, and I think it's that dual focus on A: rehabilitation and B: the fact that the decision making maybe impairs that really comes around the people tracking through to support and empower them to recover."

She said taking those circumstances into account when dealing with someone when mental health issues were involved was difficult.

But when the mental illness was not significant enough to reach the high thresholds set, often the response from police was "Yes, but they still knew it was wrong and they shouldn't be doing it", she said.

"While there's discretion I think within the confines of our current legislation it's pretty difficult for police to decide not to prosecute just because there's mental illness present. It certainly doesn't eliminate culpability but in my view there must be some recognition of impairment and at the moment, the only place where there's recognition for that is in fact at sentencing."

Standing by her daughter

Her daughter had managed obsessive-compulsive disorder for years, but had recently struggled, she said.

She stood by her daughter and said she would continue to offer her unwavering love and support.

She said her daughter's decline could be attributed to her treatment through the mental-health system.

''There was faeces on the floor and blood on the wall,'' she said.

Her daughter would sneak from the grounds and get a taxi home, where she would shower and temporarily alleviate her anxiety.

She said she begged hospital bosses to move her daughter to another ward but they declined.

Eventually, the defendant had been caught leaving the facility and then sent to Christchurch Women's Prison.

- RNZ and the Otago Daily Times