Birthdays should be a time for cake, games and celebration, but it's not always the case for families doing it tough. 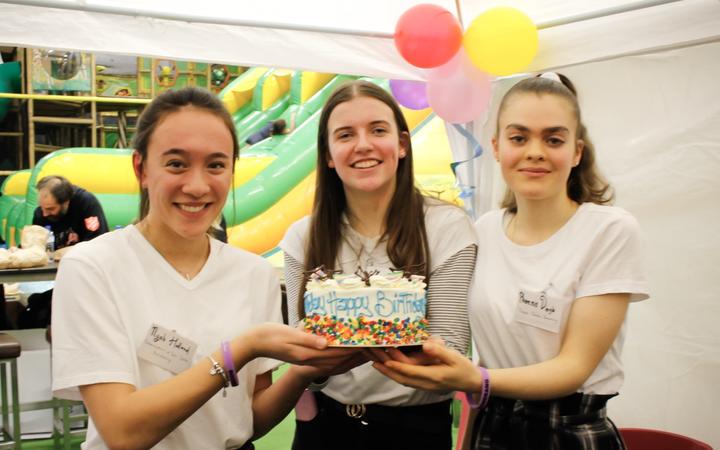 That's why a trio of teenagers from Lower Hutt have started Boomerang, a social enterprise that provides disadvantaged children with birthday parties.

Nyah Holland, Phoenix Dingle, and Grace Nickel officially launched the scheme last week, and so far have the funds for two celebrations.

"It might not be what you first think of when you think of child poverty, but a birthday party is really, really important to a child having a birthday," said Grace.

"It's a huge moment and it's a real shame that some children have to miss out on something that can really change their lives."

The children will be identified by the local Salvation Army, and once the party has been booked, Boomerang pays.

Each party costs $500, which includes transport, snacks, cake and the all-important venue of either Junglerama or Jumperama in Lower Hutt.

A small portion of the money is also put aside for Boomerang's running costs, like printing for flyers.

All of the funding is raised by the girls, through donations, the sale of teatowels and wrist bands.

There's also a buy-a-birthday scheme where local businesses and community groups can purchase a party for a child in need.

For Nyah, there is a huge sense of pride for what the Boomerang team have accomplished.

"It's really amazing to see, especially because last year we started with this idea, and we weren't really sure where it was going to go," she said.

"When we had our launch last Friday ... we invited the Salvation Army and 30 to 40 kids ... and it was really cool because these children were really excited, in fact I was talking to ... one of the social workers at the Salvation Army who was telling me how excited these kids were.

"When he first told them they were like 'Oh my gosh is this real?'"

Nyah said it felt incredible to know that even before Boomerang had given its first party, it was putting a smile on the faces of children who need it.

"It just makes me so proud that I am helping make a difference to the community and to these kids lives."