Wairarapa's cricketing community is mourning the loss of one of its most active volunteers in an air crash.

Craig McBride died when the plane he was piloting collided with another light aircraft near Hood Aerodrome in Masterton yesterday.

Wairarapa Cricket operations manager Simon Roseingrave said Mr McBride had volunteered with the organisation for decades and was exceptionally passionate about cricket.

"He loved the game of cricket, which led to a lot of volunteering in the local space; whether club or school he was always willing to put his hand up to help in whatever setting would like his help.

"Recently he was working with Wairarapa College as a volunteer coach, but [he would] also go out and roll and cut pitches at six and seven in the morning, so just one of those people who really wanted to help out." 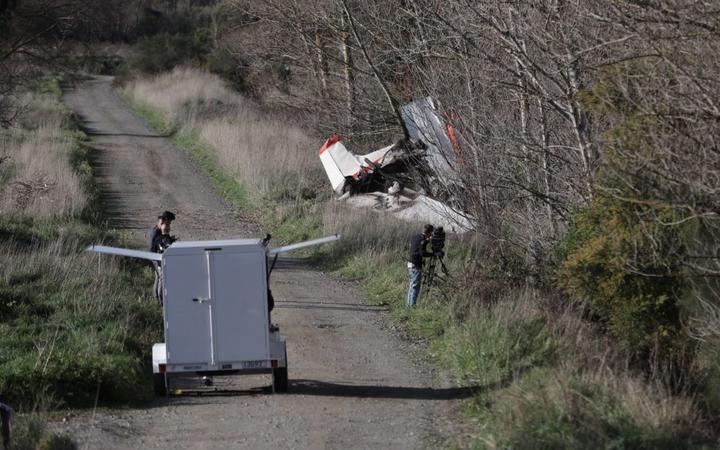 Wreckage of the plane that crashed in Masterton yesterday. Photo: RNZ / Dom Thomas

Mr Roseingrave said the Wairarapa cricket fraternity - especially the Landsdowne Club, where he was a life member - was shocked and saddened at the loss of Mr McBride.

"Obviously with a tragedy like this it's unexpected and the fact that he was such a significant volunteer in terms of wherever he was ... he's left such a hole behind.

The collision happened near Hood Aerodrome about 100m in the air and left both pilots dead.

It involved two light planes - a training plane, and one that was returning to land after dropping off four parachutists. The crash has left the local aviation community shaken.

The two wrecks remained at the scene after cordons were lifted this afternoon, just metres apart in a rural paddock.

Police, the Civil Aviation Authority and Transport Accident Investigation Commission were at the site.