The fire service has been fighting a major blaze at a panel beating business in East Tamaki in Auckland. 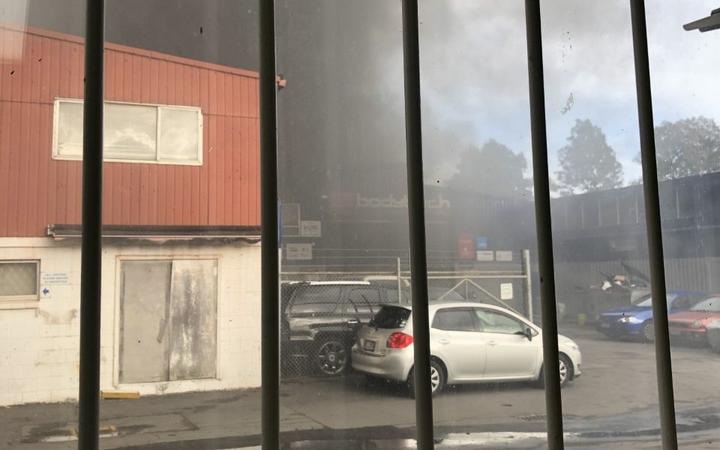 Firefighters were called out just after 12.30pm to Body Tech Panel and Paint on Harris Road.

Fire and Emergency said the fire had been brought under control.

Shane Neal, who works next door, said the fire started in the spray booth.

"That's where the final paint job's done in there so obviously it's a completely sealed unit, so I'm not sure what's gone wrong in there.

"It's pretty much spread out the top of it and caught the roof of the building on fire which nobody could get to.

Nitika Pannu, who works at the beauty shop opposite the panel beaters, said there was still thick black smoke coming from the building.

She said gas canisters were stored inside and people were worried they could explode.

"They were evacuating all the people around because there was a chance of the fire spreading, because it's a workshop where they have also a lot of gases and stuff for cars, so it was really dangerous."

Fire and Emergency said they were starting to pull back crews from the scene.

Some were staying to dampen down hotspots.