Kim Dotcom and his fellow-accused can still be charged with a criminal conspiracy even if they have only breached the Copyright Act, Crown lawyers have told New Zealand's Supreme Court. 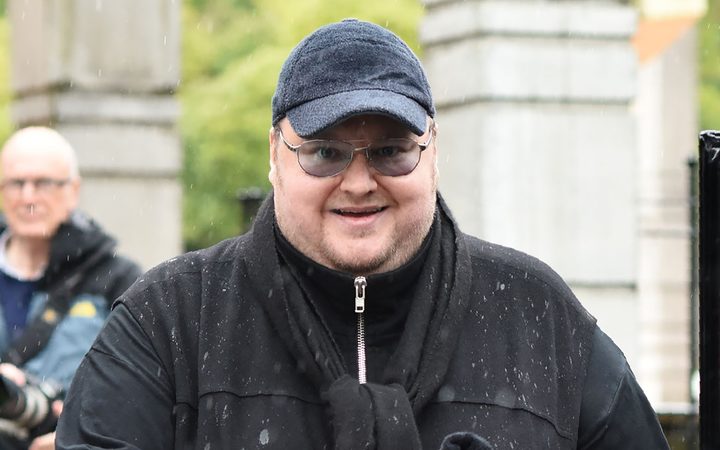 The US Department of Justice wants to extradite Kim Dotcom and others to face trial over criminal charges related to the Megaupload website. Photo: AFP PHOTO / KATE DWEK

The court is hearing the appeal of Megaupload founder Kim Dotcom and his three co-accused - Bram van der Kolk, Mathias Ortmann and Finn Batato - against extradition to the United States.

The US Department of Justice wants to extradite the men to face trial over criminal charges related to the Megaupload website, which the FBI says was committing copyright infringment on a mass scale by hosting infringing music, movie and software files.

Crown lawyers, on behalf of the US, have argued the men's behaviour is equivalent to offences in the Crimes Act of participation in an organised criminal group, with the aim of benefiting from copyright infringement.

However, the men's lawyers have argued that, at most, their behaviour might amount to civil breaches of the Copyright Act and therefore should be dealt with under that act.

Their legal team has said that the US has not even presented sufficient evidence to show there was a civil breach.

New Zealand can only extradite people to face criminal allegations.

Crown lawyer Kieran Raftery told the court today that the men's claim that the Copyright Act was a legal code, and that prosecutors could not go looking for charges outside that act, was wrong.

Overseas jurisdictions with similar laws to New Zealand's, such as the UK, had accepted that not all acts dealing with specific areas of law prevented prosecutors from charging people with more general crimes, he said.

That was especially the case when the penalties in a very specific act might not accurately reflect how serious the offending was.

Tax law was one example, he said.

"There's nothing to suggest that ... all prosecutions of infractions of tax law must be charged under those tax acts."

The same argument could be made for copyright, Mr Raftery said.

Even if the Megaupload men had only committed a civil breach of the Copyright Act, they could be charged with a criminal conspiracy to do so, he said.

The hearing, in front of a full panel of the five Supreme Court justices, is due to conclude on Monday.