Advocates supporting an open letter calling for the government to stop uplifting babies say the public has had enough and urgent change is needed. 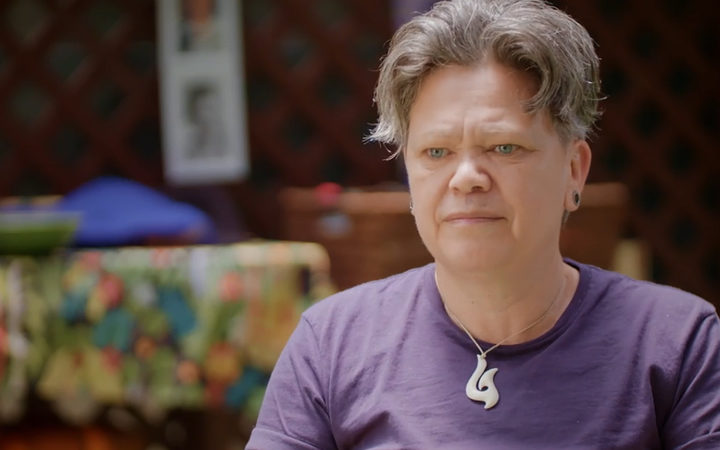 Veteran social worker Paora Crawford Moyle says uplifting Māori babies is not and has not worked and needs to stop. Photo: RNZ

Māori lawyers, midwives, social workers and academics have united to back the open letter, which continues to gain thousands of signatures - 10,000 and growing.

The case of a young mother and a standoff at Hawke's Bay hospital with the police and Oranga Tamariki prompted the open letter by the group Hands off our Tamariki.

Led by the group, Hands off our Tamariki, it calls for the government to immediately stop taking children from their whānau, and for the Ministry of Children to be overhauled.

One of the social workers backing the letter, Paora Crawford Moyle, has been a social worker for 30 years working in the state, private and NGO sector.

She said uplifting Māori babies was not and had not worked and needed to stop.

"It's no longer okay by us that you come in and lift our one-day-old babies, that is not social work, that is racial targeting and it is harmful, state-imposed impact upon vulnerable children and I know what the outcome is because it happened to me and it happened to my brothers and sisters."

She said the growing support for the letter showed people were fed up.

"There are issues inside, internally, within child protection, I know because I worked 10 years in there, that if you are a whistle blower saying this is not ok, this is harming our children, you get ostracised."

Leonie Pihama, part of the Hands off Tamariki group, said the aim of the letter was to remind the government in the lead-up to the legislative changes what needed to change.

"It's a reminder that the kind of changes that need to be implemented by the state have yet to make any significant change for Māori, we have seen an increase of the uplifts of Māori children over the past few years, when we were assured in 2016 that there would be a move to decrease the number of uplifts - so a significant rise."

Section 7aa of the Act will mean its chief executive will be accountable to the Treaty of Waitangi and will have to report measurable outcomes for Māori children.

But the head of Te Kotahi Research Institute at Waikato University, Leonie Pihama, says she isn't confident that that will have a big shift and more is needed.

"Section 7AA is one thing around changing a dysfunctional state system, it is not the answer for tino rangatiratanga for whānau, hapū and iwi having control over our whānau, inclusive of our tamariki and mokopuna."

The letter is calling for future legislation and policies to be co-designed with iwi and Māori and that all social workers be trained fully in regards to obligations under Te Tiriti o Waitangi and that the recommendations of Puao-Te-Ata-Tū be revisited and implemented.

Ms Pihama said she wanted to see the return of Kaupapa Māori programmes, such as Mātua Whāngai and Whānau Ora be resourced to enable Māori approaches to the wellbeing of tamariki and mokopuna.

"So we are talking about significant system change, rangatiratanga, we are talking about Whānau Ora and Tamariki Ora and about the fundamental philosophies that we already have, like Whare Tapawha, Te Wheke, Te Aho Matua, these Māori nationally recognised models that we already have at hand that we can utilise that can shape something that is different."

The Hands off our Tamariki roopu is also holding a rally at the end of July, a month on from the legislative changes, to see what developments the legislation has made and getting people together.

The Minister for Children Tracey Martin was unavailable for comment. Minister for Social Development, Carmel Sepuloni, is overseas.

In a statement Hoani Lambert deputy chief executive, said section 7AA represented the most demanding duties that any public chief executive in NZ would have in relation to the Treaty of Waitangi.

"The legislation requires Oranga Tamariki to ensure that all our policies, practises and services transform in order to enhance outcomes for Māori children and whānau.

"They also require us to strategically partner with iwi and Māori organisations in order to lead and drive this change." He said.

He said to be publicly accountable as 7AA required, the Ministry had to report annually on its progress in reducing disparities for Māori.