The secondary teachers union has called off the rolling one-day strikes scheduled for next week. 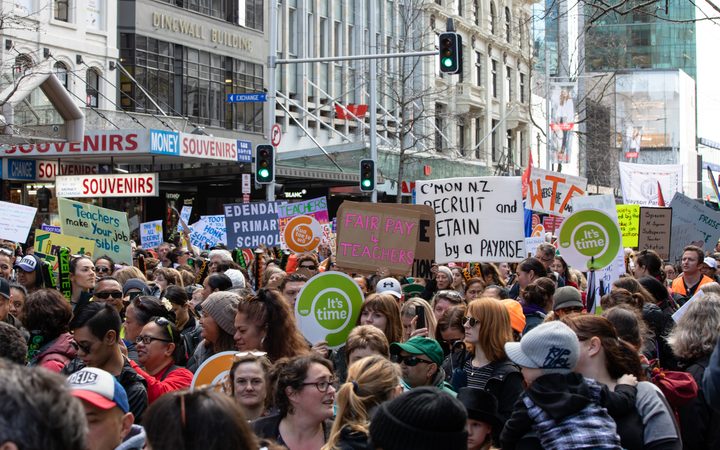 The Post Primary Teachers Association said it cancelled the action because talks with the Education Ministry and Education Minister Chris Hipkins last week were productive.

Mr Hipkins organised the talks to try to find a way of resolving deadlocked pay talks for the PPTA's members and also for members of the primary teachers union the Educational Institute.

None of the parties involved in the meeting have revealed any details of what was discussed.

PPTA president Jack Boyle said the decision to cancel the strike was not taken lightly.

"As you know, a ministerial forum took place last week to break the impasse in negotiations for teachers' collective agreement negotiations," he said.

"Those talks were very productive and we are pleased to be in a position to call off the strikes."

On Tuesday Mr Hipkins would say only that his meeting with union representatives and the Ministry of Education was very constructive, and he was confident sufficient progress was being made to find a way forward.

Union members started what was to be a series of rolling strikes earlier this month, affecting one year goup each week.

They refused to teach Year 9 students on 4 June.

But the union last week called off action planned for Tuesday because progress had been made in talks with the government.

It had also planned rolling strikes next week, that were due to shut schools for an entire day starting on Monday in Auckland and Northland and finishing in Wellington on Friday, and these have now been cancelled.

The union has not cancelled its plan to refuse to teach Year 11 students on 25 June and Year 12 students on 2 July.