Murupara locals last night packed out a meeting about what they're going to do for cash after the town's only ATM was driven away in a trailer. 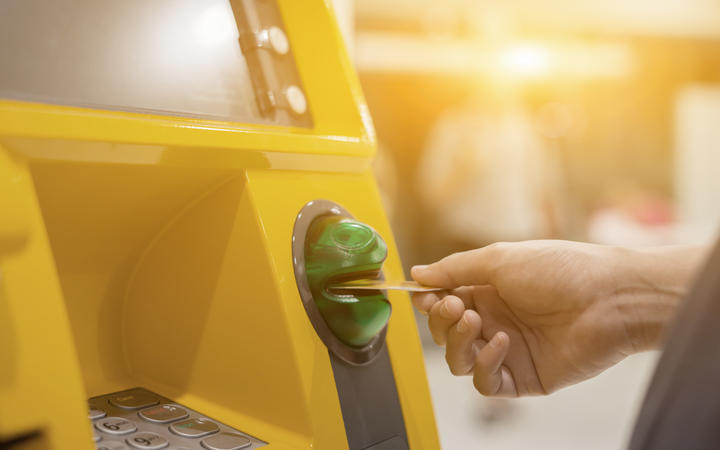 The New Zealand Credit Union in Murupara hasn't handled cash since its ATM was ripped from its wall by thieves last week.

Thieves used a log loader to rip the ATM out of the wall of the New Zealand Credit Union building.

The machine was found intact later that day, 8km away, apparently having fallen from the trailer.

Now residents have to travel long distances to get to the nearest bank machine.

At a meeting of community leaders last night, locals called for a new ATM to be installed, while the Credit Union - which owns the stolen machine - didn't commit to providing one.

Whakatāne District Mayor Tony Bonne was at the meeting and said many locals relied on having cash and were worried about what they would do if it was not replaced.

"There's a lot of elderly people in Murupara, they have a bus service to Rotorua but it's not every day. So to go to Rotorua to get money, that means ... it's an all-day trip."

He said that like himself, the Credit Union bank was worried about security in the town.

"I need to work with police and central government to make sure the right resources go to provincial New Zealand, because Murupara's not the only small community that doesn't have 24-hour policing, which I think it should have."

Marina uses Credit Union to bank her business profits, so she's forced to drive to the next closest bank - 45 minutes away in Rotorua.

But not everyone is able to travel that far, so they ask for cash withdrawals at their local shops.

"Sometimes we've got it, sometimes haven't because everybody is paying by EFTPOS, so we can't actually help them out sometimes and we have to turn them away, which is sad."

Bub Warren said they have had people coming to the pharmacy for cash since the robbery, too.

The community will meet tonight with Credit Union representatives to discuss the issues.

Marina Teddy said Murupara will fight to keep cash in the town.

"Fight to keep our bank open for one. There's people there that are going to lose their jobs if the bank closes down, then that's another business gone from Murupara."

Murupara Community Board Member Mem Jenner said residents needed to decide what the future of banking in Murupara looked like.

"We really want the community to come up with some cool suggestions, cool ideas about how we can help ourselves."

In a statement, New Zealand Credit Union said following the recent robbery and a previous attack on a different ATM at the same branch, the decision to stop handling cash was made for staff safety.

It said it understood the demand for an ATM and banking services and it wanted to hear from the community on how they or others could help in protecting retailers.

New Zealand Credit Union said it couldn't confirm if cash would be handled at the branch in future.