An environmental rāhui is being supported for the site of a potential landfill next weekend in a bid to stop the contentious project going ahead. 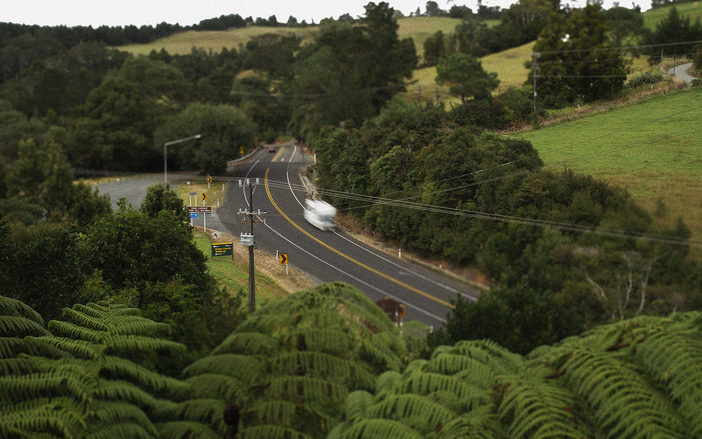 Opponents of the landfill say it will require 350 truck movements daily along the single-lane Dome Valley highway. Photo: The Wireless / Luke McPake

The Chinese-owned company Waste Management wants to build a large rubbish dump in Dome Valley, 70km north of Auckland CBD. The landfill would occupy a 1000-hectare site, beside the Hoteo River, just south of Wellsford.

Auckland Council waste management said the region's existing landfills are nearly full and a new one is essential.

However, the proposal has been vehemently opposed by locals who met yesterday at the Wellsford Community Hall to discuss the rāhui - a ban placed on an area.

The mayor of the neighbouring Kaipara area, Jason Smith, said about 200 people attended, but no councillors or representatives from the waste company were there.

He said those who attended overwhelmingly supported the idea of a rāhui.

He said as well as the risk of poisoning the Kaipara Harbour, residents were worried about the huge volume of trucks that would be needed.

"A landfill that's bringing 350 truckloads every day out of Auckland up a single-lane Dome Valley highway is just an impossibility regarding the roading infrastructure plus you get the challenge of the environmental risk which is everyone's biggest concern," Mr Smith said.

The rāhui is due to be placed on the land at dawn next Saturday, but the area's mana whenua Ngāti Manuhiri said there could be no proper rāhui without its involvement.

Chief executive Mook Hohneck said it had not yet taken a formal stance on the tip and would not until it had all the facts.

It was happy to listen to the opponents who wanted the rāhui but would also consider the consent application from Waste Management, he said.

Bill Kapea - a kaitiaki of Ngāti Rango, a hapū from further along the Hoteo River - said rāhui had to be done correctly and for the right reasons.

The proposal by the opponents seemed like a "political rāhui,' he said. It would only have any significant meaning if Ngāti Manuhiri agreed to carry it out, he said.