An 11-year-old girl remains in a critical condition in Starship Hospital following a four-car crash in the Auckland suburb of Mount Eden last night. 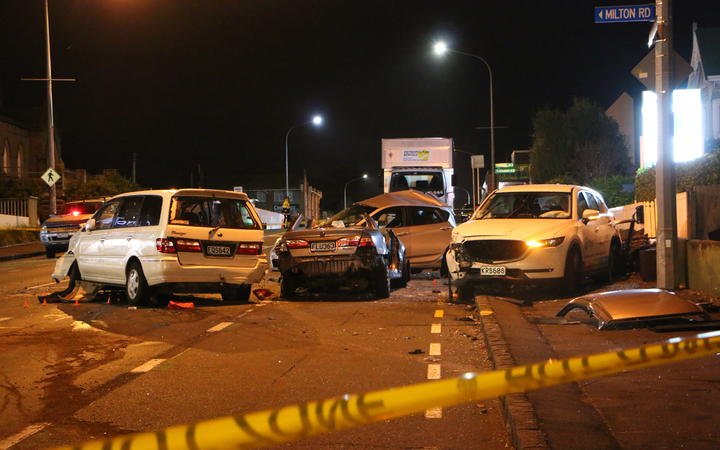 The police say emergency services were called to the scene at the intersection of Dominion Rd and Milton Rd at 7.30pm.

A St John spokesperson said they treated nine patients on the scene, and transported five to Auckland Hospital.

A spokesperson for the Auckland DHB said the girl was brought in by ambulance last night, and while her condition is serious, she is now stable.

Several other people were injured in the crash but only two are still in Auckland City Hospital this morning - a 35-year-old woman, who's also critical but stable, and a 43-year-old woman in a stable condition.

A video provided to RNZ appears to show two cars hitting each other at high speed as they tried to turn on to Dominion Rd - and then smashing into two other cars driving in the opposite direction.

Sparks and smoke can be seen coming from the vehicles.

The serious crash unit was investigating.