Young leaders in the Auckland suburb of Tāmaki say a new drug and addiction service will go along way to help fix some of the community's problems. 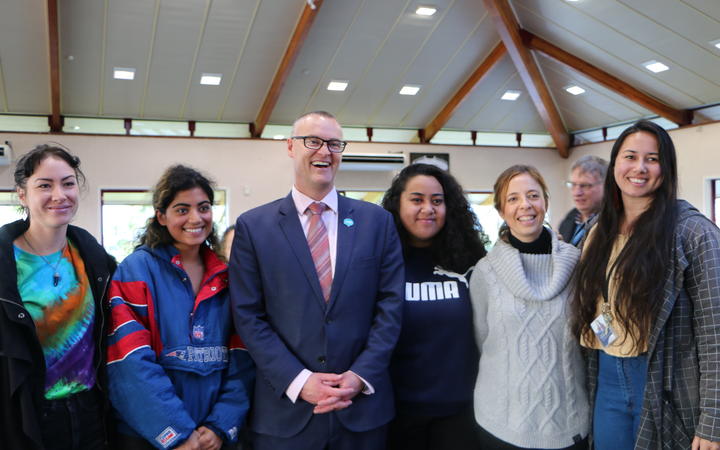 'EaseUp,' which launched on Wednesday at Ōrākei marae, will provide young people fighting addiction with a peer mentor who has previously overcome addiction.

It will also provide counselling services, and a helpline for vulnerable people to call when they need additional support.

It's a service that Tāmaki local and young leader, Theresa, said was much needed.

"I'm loving this approach that we're seeing today, it's taking a more positive wellbeing approach... and also a family and a people one," she said.

"This is the way that we should be practicing and it's so cool to see that happen and to see what the young people actually want come to life."

Theresa said alcohol was a major problem in Tāmaki, with children as young as twelve drinking it on the roadside.

"There's also the sense that youth don't have places that they can belong to... and so they're looking for things to cope with that."

"If you have nothing that is feeding your wellbeing, if there is something that can solve that issue in the short term, alcohol and drugs is something you can turn to."

EaseUp will be run by Emerge Aotearoa, which is an NGO supporting New Zealanders through housing, family, disability and health struggles.

It's chief executive, Dr Barbara Disley said she was very excited to see EaseUp finally come to life and have the support of the local iwi, Ngāti Whātua Orākei.

"For many, many young people the journey into drugs and alcohol starts quite early, very early actually," she said.

"Often people around can see what those problems are but they're not sure how do you intervene? How do you stop this cycle?"

Dr Disley said it was important to ensure young voices were heard in conversations around addiction and mental health, so early intervention could be achieved.

She said while EaseUp was open to everyone, Emerge Aotearoa recognised how important culture and context was to supporting people in their recovery.

Dr Disley said that meant incorporating world views, especially that of rangatahi and Pacifica youth into services for young people, including EaseUp.