Napier City Councillors were warned by the council's chief executive not to attend a public meeting on a controversial new pool development, saying they could be they could be disqualified from participating in future decision-making if they did. 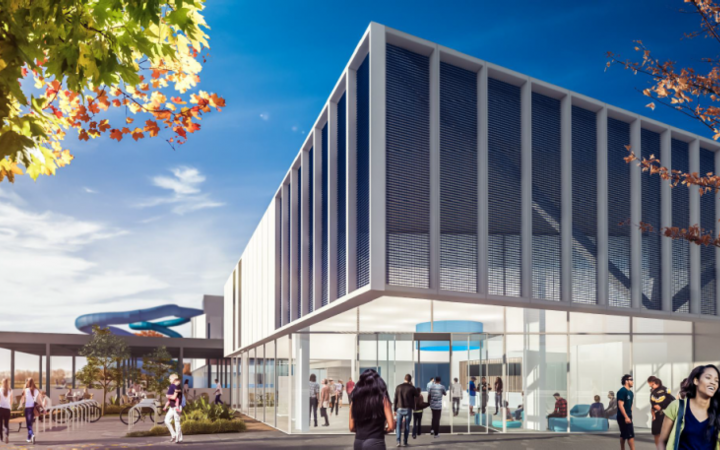 Wayne Jack wrote to all 12 councillors telling them a "mere presence" at the meeting could be construed as supporting the High Court proceedings aimed at stopping the $41 million Napier Aquatic Centre being built on the outskirts of town.

Tuesday night's meeting was organised by the Friends of Onekawa Aquatic Centre, which is seeking a judicial review on the council's consultation process around the pool and injuction to immediately halt the call for tenders.

Despite the group personally inviting all 12 councillors to the meeting, none showed up.

The legal action meant it would "not be appropriate" for councillors to attend, Mr Jack said in the email.

"The reality is that the group is in litigation against the Council, and the purpose of the meeting is to seek support for that litigation."

"It would not be appropriate for members of the Council's governing body to participate in a meeting aimed at furthering legal proceedings against the Council," he said.

The warning came from the council's lawyers Simpson Grierson, which was representing the council in the litigation over the pool, he said.

"We strongly advise that members do not attend. The reason for not attending is to avoid compromising the Council's position in responding appropriately to the legal proceedings.

"In any tender process there is a risk that Council actions could give rise to significant damages claims against the Council and elected members would be acting contrary to their obligations to the Council and the City if their actions facilitated such claims.

"Incidentally, mere presence at the meeting is capable of being construed by the litigants as support for their claim. Any such actions could potentially disqualify elected members from any subsequent role as decision-makers on the issues, due to the law of bias and predetermination," the email said.

Councillor Api Tapine said he would have liked to have gone to the meeting but after considering the advice, decided not to.

But legal and governance experts say the council's advice was wrong.

"You attend a meeting to hear what is being said.The fact that someone else says the 'fact you're here shows you much support us' isn't necessarily so. Is that bias and determination? Clearly not," Chen Palmer special counsel Leo Donnelly said.

The former Ombudsman, who specialised in local government, said while there was nothing wrong with attending a meeting a councillor could get in trouble if they spoke or acted in a way showed bias on an issue.

Victoria University public law professor Dean Knight said the council's concerns about the risk of disqualification due to bias were "over-egged."

A governance regime needed to be "examined" if elected members were being told they could not attend meetings, Massey University public management group director Andy Asquith said.

"In this case it looks as though it's been used to usurp democratic processes," he said.

Napier City Council said it would "vigorously defend" the legal challenge and did not intend to discuss the warning to councillors in the media.

"This is a process for the courts, where all parties will have the opportunity to debate their position," a spokesperson said.