A Whangārei principal says his staff may be asking for danger money in their pay slips after they had to help police round up cattle before school this morning. 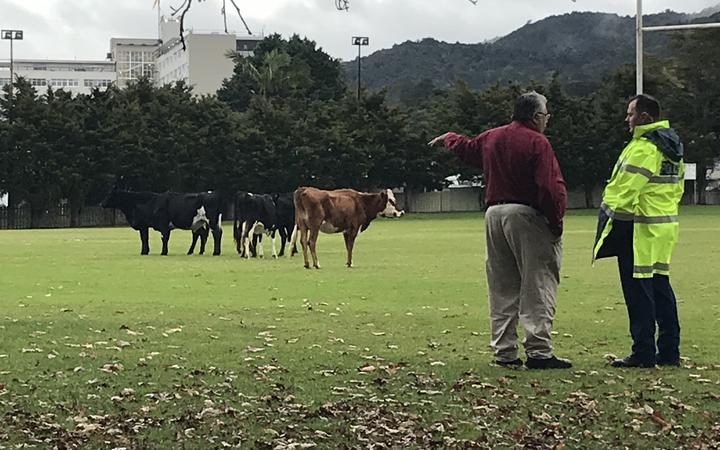 Pat Newman says the small herd escaped from a nearby paddock onto the rugby field next to Hora Hora school.

He arrived to see a couple of policemen in fluorescent jackets chasing the animals up and down the field, cheered on by hordes of children. 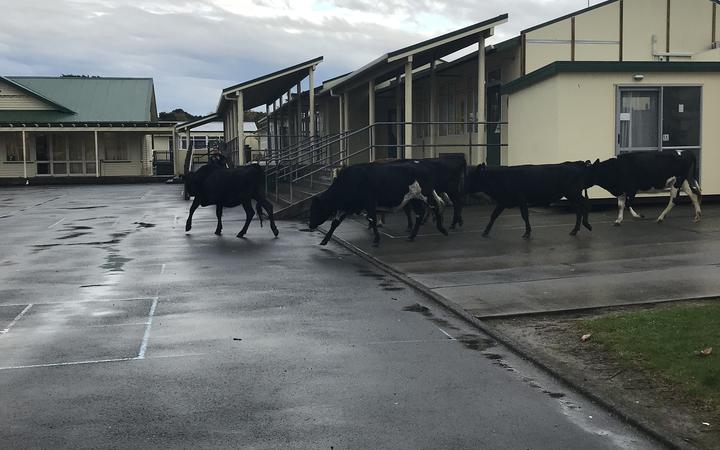 "There was a very, very stroppy heifer in there - a jersey heifer that did like all Jerseys do and fronted up to us," Mr Newman said.

"But what I noticed was the big difference between staff and police who knew how to handle cattle, and how most didn't.

"You know, New Zealand has changed I suppose from when we were young when most people knew how to handle stock."

The cattle were eventually walked quietly off the rugby field, through the school grounds and into a secure paddock.

Mr Newman said the first two officers' arrest strategy was entertaining, but they had bravely attempted to keep the cattle away from the road and the school. 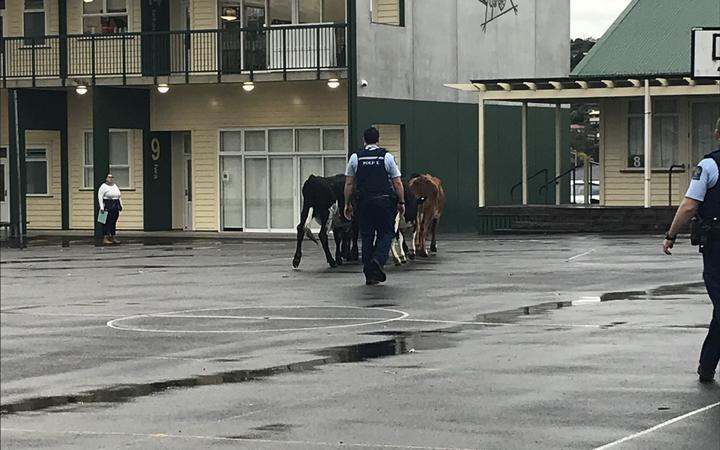 Police round up the herd. Photo: Pat Newman / Supplied