An Auckland woman has found out her late grandfather was part of a secret revolutionary group that helped overthrow China's last imperial dynasty. 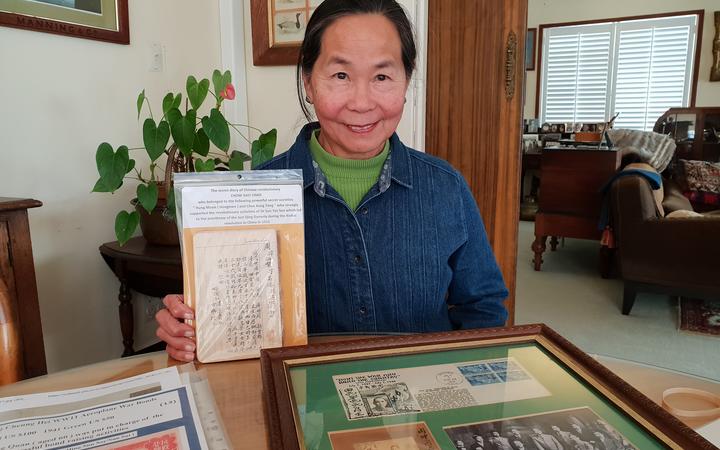 Jennifer Dalgleish, 72, said the secret would have been kept forever if her grandfather Zhou Gaochao's diary had not been discovered.

In her house decorated with framed old photos, banknotes and matchbox covers, Jennifer told of her discovery.

It all started from an old notebook she got from a family member when visiting her birthplace in Trinidad in the West Indies in 2010.

She asked to keep it because she saw her English name written on the last page of the Chinese character-filled notebook.

She brought it back to New Zealand and asked a friend to help translate it into English.

"I read the English and I cried because we never knew what he did. He had this secret all his life," Ms Dalgleish said.

She said the new impression of her grandfather was not how she remembered him.

"He was just nicely dressed all the time and there, but sort of in the background.

"Mostly, people ignored him because he couldn't speak English and nobody could speak Chinese.

"I liked trying to talk to him, but we just laughed and hugged each other. We didn't do anything else." 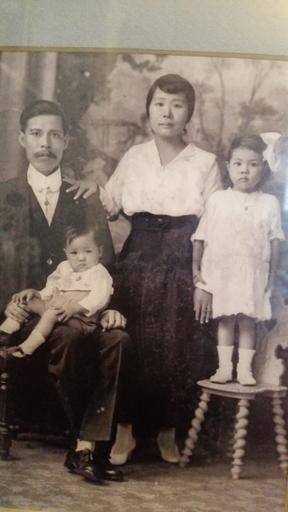 Jennifer Dalgleish's grandparents with her uncle and mum. Photo: Supplied.

The grandfather was born in Guangdong in south China in 1877, when the country was ruled by the Qing dynasty.

At 33, he was sent by Hung Moon - a secret society he was a member of - to South America and never returned to his home country.

Known overseas as Chee Kung Tong, the society played an important role in helping Sun Yat-sen remove the Qing in 1911 and establish the Republic of China shortly afterwards.

The last Emperor, Pu Yi, abdicated after an uprising led by Mr Sun and others determined to modernise the country.

Ms Dalgleish's husband Tony said the grandfather was later based in Port of Spain in Trinidad in West Indies helping raise funds for Mr Sun.

He said in 1941 during World War Two, the grandfather was put in charge of raising money to purchase an aircraft to fight the Japanese.

Because of the rules of the society, the grandfather could not tell anyone what he was doing.

Mr Dalgleish said the diary revealed that he was a powerful man.

"The grandfather wasn't just a Chinese guy of a secret society in Trinidad. He was looking after the regional interest.

"He was also the president of the Kuo Ming Tang branch [Sun Yat-sen's political party] - not only in Trinidad but in some of the near areas as well."

Inner workings of the group were never to be revealed, not even by a father to a son.

If a sworn member disclosed any secrets, he would suffer lingchi - the lingering death of a thousand cuts.

With the help of a genealogy service, Ms Dalgleish found out he had a second cousin that still lived in China.

She went back last year to the Tianjin Village, where her grandfather left more than 100 years ago.

"I'm very proud to know that my grandfather did such great things."

Jennifer said it was touching her name was the last family member her grandfather mentioned in the diary.

Jennifer said her sons were planning to visit the village in China.