A Wellington jury has been told the crucial matter they have to consider is whether a man who killed his baby stepson had a murderous intent when he deliberately hurt the infant. 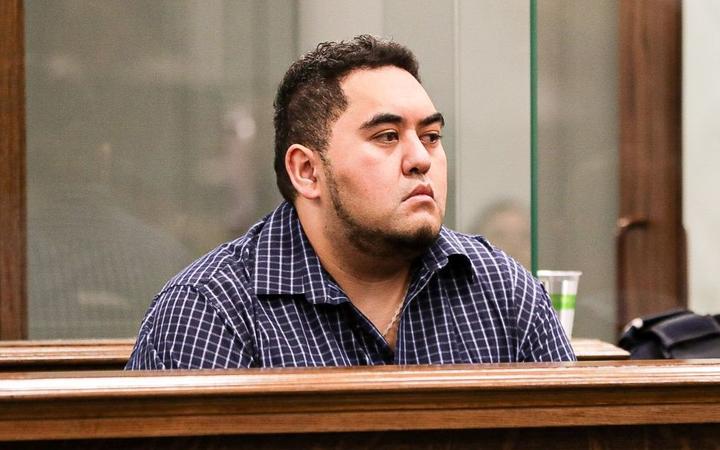 William Wakefield, 32, has gone on trial in the High Court at Wellington accused of murdering 5-month-old Lincoln Wakefield a year ago.

In her opening address, Rosie Kos for the Crown told the Jury that on 11 June last year baby Lincoln was taken to hospital with bruising on his brain and unable to breathe on his own.

He died early the next morning.

She said the issues were quite narrow because Mr Wakefield had accepted he caused Lincoln's death, and had already pleaded guilty to the baby's manslaughter.

Ms Kos said the defendant had met the baby's mother, Samantha Hayworth, when she was pregnant and they had moved in together, but he was not the child's father.

She said during the pregnancy he was "touchy" about the fact that Lincoln Wakefield was not his biological child. She said there would be evidence that while he loved Lincoln and treated him like a son, there was another side to things.

"You'll hear Mr Wakefield could be quite controlling of Samantha Hayworth, who was a young, inexperienced mother and probably, due to his not being the biological father of Lincoln, could be cruel to both Ms Hayworth and to Lincoln.

"After Lincoln's birth on January the 14th 2018, Ms Hayworth had little to do with her family and they saw little of Lincoln ... by June [Wakefield] had persuaded her to go back to work and he stayed home and looked after Lincoln."

Ms Kos said on the day the baby was injured the defendant had played a computer game and around noon his partner had messaged him asking permission to buy a necklace off Trade Me, which he said "pissed him off".

Ms Hayworth was at work that day and in the afternoon Mr Wakefield rang her to say Lincoln was not breathing or moving and he asked what he should do.

An ambulance was called and the baby was taken to Hutt Hospital but despite doctors' efforts, the little boy died.

While at the hospital police told the family the baby's injuries did not appear to be accidental.

Ms Kos said Mr Wakefield initially said the little boy had slipped out of his hands when he grabbed him out of the basin where he'd been washing him, but the child had none of the external injuries which might be expected after such an accident.

She said the defendant's story changed halfway through his police interview.

"He told the police, 'I was just gutted he wasn't mine to be honest'. He then told the police officer he had shaken Lincoln intentionally, that he shook him three times in order to hurt him.

"He told the police that he knew you weren't supposed to shake babies because it could kill them."

Ms Kos said Mr Wakefield admitted to hitting Lincoln on the head about three or four weeks before he died and a scan revealed the baby had suffered an earlier brain bleed. 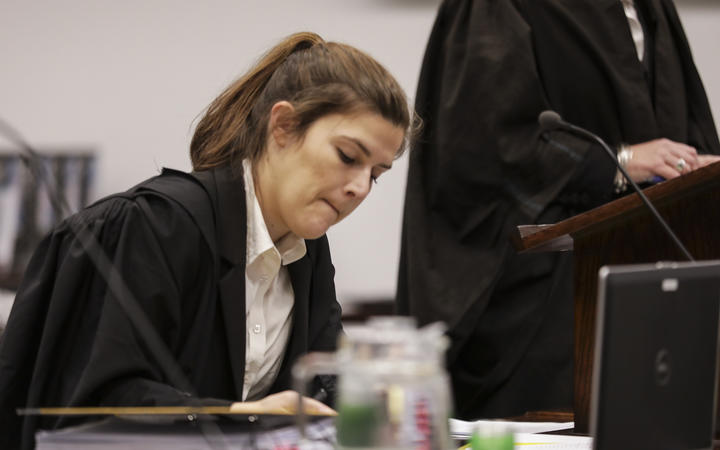 Mr Wakefield had pleaded guilty to wounding Lincoln with reckless disregard relating to that injury.

She said a charge of murder did not require the Crown to prove the defendant plotted out the murder and killed the baby intentionally, that a person could be guilty of murder when they intended to cause bodily injury and knew it was likely to cause death and went on to do the act anyway.

Defence lawyer Steve Gill urged the jury to keep an open mind, saying the case was not a whodunnit as Mr Wakefield had pleaded guilty to manslaughter and to recklessly wounding the baby.

However, he said the jury had to look carefully at the defendant's intentions because the Crown could not possibly prove his client had the necessary murderous intent.

"It's all about what's going on in the defendant's head at the time of the killing - not later when the statement was taken but at the time he did the fatal, tragic act of killing this child.

"That's the time when you're going to have to find whether the Crown has proved the charge of murder beyond reasonable doubt, and the defence case is you cannot possibly do that in this case."

"Everything about the actual fatality itself, the physical aspects ... are accepted. It's all about ... what's going on in the defendant's head at the time that you have to concentrate on."

A jury of four women and eight men has been selected to hear the trial, which is being presided over by Justice Dobson.

It is expected to run for two weeks.