The children of a security guard who was assaulted and seriously injured at Waikato Hospital say her employer does not look after its staff. 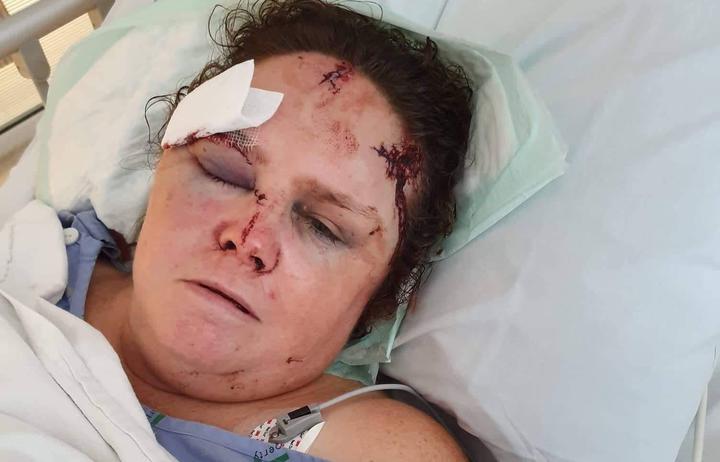 The guard, who works for Allied Security, ended up with a broken arm and required surgery for multiple facial fractures after an assault by a patient in the early hours of 15 May.

Four nursing staff were also assaulted, with three of them receiving minor injuries.

The security guard's son, Carl Harney, said when he heard what happened to his mother he was shocked.

"I didn't know what to say to be honest," he said.

The guard's daughter, Tajuana Eltringham, said when she saw the state of her mother after the assault, she burst into tears and walked out. She said it was even harder having to explain to her two younger siblings, aged seven and nine, what had happened to their mum.

"I had to explain why she wasn't coming home and why they couldn't see her - the bruising and stuff - I couldn't let the two young kids see her that way," said Ms Eltringham.

Mr Harney and Ms Eltringham said their mother had several close calls prior to 15 May.

Just two weeks beforehand, she was stuck in an elevator with a patient who she was trying to stop from running off, and had to hold him off alone until other guards could reach her.

She was only discharged from hospital last Saturday but her right arm is in a cast and she has no strength in her left.

The family said they were worried about leaving her at home by herself.

"While she was in hospital she had a button to push and there were nurses there to help," she said Ms Eltringham.

"Now, being at home, it's kind of scary for her I think because for instance, she was locked in the bathroom. If it wasn't for the fact that we were home, she would still be locked in there."

Mr Harney said it could be a long road to recovery for his mother.

"Mum's goal - because she loves work - her goal is three months but it could be longer," he said.

They said there were a lot of guards who said they were not safe.

"There are a lot of people you could blame, the person who did it obviously, but then Allied and the DHB after that," said Mr Harney.

"Allied are useless," said Ms Eltringham. "They don't look after their staff. They never have."

The pair said their mother had to work extremely long hours and that she was constantly harassed to work during her time off.

They were also angry that Allied Security had put a media ban on its staff, meaning the guard was not able to speak up herself.

Allied Security declined to speak to RNZ. Waikato DHB has been contacted for comment.

The DHB previously said it was investigating to see if there was anything it could have done differently. The incident has been reported to Worksafe.

Senior organiser Iriaka Rauhihi for E Tū, the union which represents security guards, said a few guards had told Allied Security about their concerns and not enough was being done.

"When there are incidents, they are merely reporting them through their team leader, not necessarily followed through with paperwork like incident reporting," she said.

"There [have been] some gaps identified ... one of the majors is that the guards don't even know who their health and safety representatives are."

E Tū said Waikato DHB should employ all staff directly, instead of through contractors. The DHB said it was keeping in "close touch" with the guard and her family and was offering its support.