With tenants kicked out of state housing in Tāmaki to make room for new developments, the housing provider in charge of the redevelopment is pinning the blame on Housing NZ. 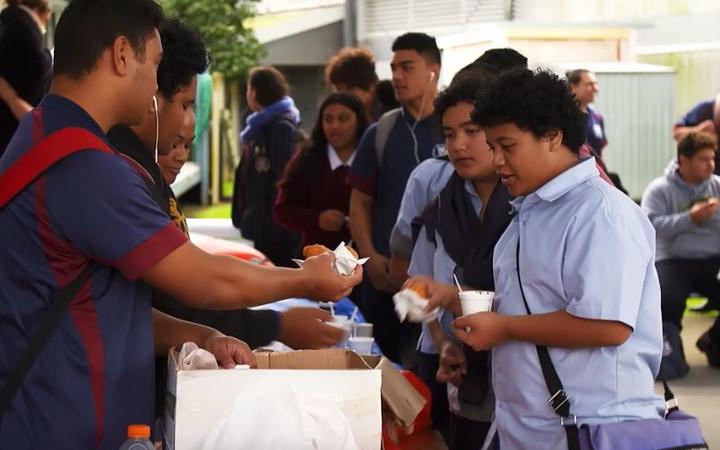 Some Tāmaki College students were forced to move to South Auckland. Photo: RNZ / First Up

RNZ's First Up revealed this morning that some students from Tāmaki College were forced to move to South Auckland after being kicked out of social housing.

They spoke of their struggles to pay for public transport to get to school and of their families having to work long hours and take on two jobs.

Sue Henry is a long time resident and has lived in the area for nearly 46 years.

She said she had lost count of how many people have been forced to move out of the area.

"We call it economic cleansing, all the poor people, the workers that worked here and lived here and paid their rent - they've all been just forced out like pieces of rubbish," she said.

The re-development of the 2500 state houses in Tāmaki is part of a 20-year plan.

The TRC will put in 7500 new homes in its place which will be a mixture of social, affordable and market houses.

TRC chief executive John Holyoake took over the management of the developments from Housing New Zealand in 2016 and said every tenant since then had been given the option of being rehomed in the area.

"Some families have chosen to take the opportunity to move by themselves for personal reasons but we've managed to rehouse everyone, [who's needed to], within the Tāmaki area," he said.

But Mr Holyoake admitted that under Housing New Zealand, it was possible tenants had been booted out.

"We are aware that before TRC there could have been some families who did move out of the area when they didn't want to," he said.

"If families have moved out of the area and it wasn't the right thing for them to do and they want to come back to Tāmaki we'd be really pleased to have a conversation with them about that."

He was encouraging any families who were forced to move out of Tāmaki to contact them.

Tāmaki MP Simon O'Connor said he'd also like to hear from them.

A Housing New Zealand spokesperson said tenants who may have been rehoused for development purposes would have been fully informed and supported throughout the move.

A statement released to RNZ said: "Housing New Zealand has moved and rehoused tenants for many years and for a variety of reasons. That includes to facilitate the construction of warm, dry new homes as part of a redevelopment. Housing New Zealand has a dedicated team that works with our tenants to move people to where they want to live.

"That could be to another home within the area they currently live or somewhere different. Sometimes tenants choose to move out of the area they are living in to be closer to family members, schools or work.