Destiny Church is denying any connection to three people who brought 12 workers migrant workers to New Zealand but did not pay them. 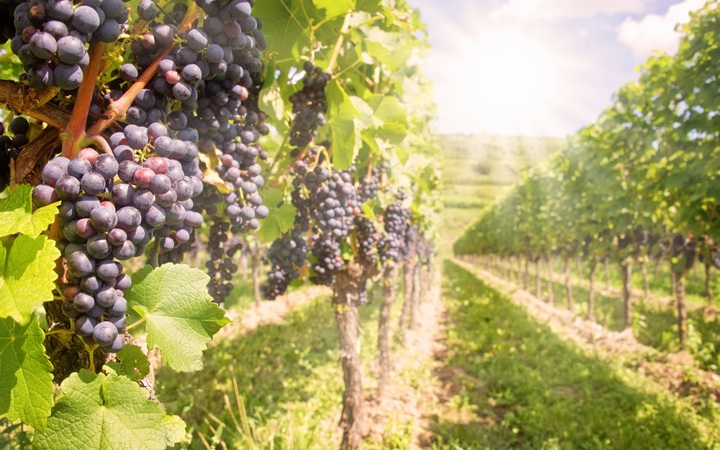 The Employment Relations Authority has ordered Martha Fretton, the owner-operator of ICM Horticultural Contracting Limited, to pay $30,000 in penalties for a total of 60 employment standards breaches and what the ERA labelled "gross negligence".

The ERA was told Ms Fretton believed she was providing training to the workers as part of a Global Exposure programme run by Christina-Kewa Swarbrick and her husband Antony Swarbrick.

When the workers were contracted at Te Mata Estate winery however their training only consisted of a 30-minute session, and while Ms Fretton invoiced the company more than $25,000 for their work, she did not pay them.

The Authority found that was not what the workers had expected.

The workers were brought to New Zealand on visitor visas by Christina-Kewa and Antony Swarbrick, using the trading name Global 4040. Mrs Swarbrick, originally from PNG herself, claimed she brought the individuals in for an "educative experience" rather than paid employment.

Labour Inspectorate manager Kevin Finnigan said the workers had paid more than $1000 each to get to New Zealand, and even though they were on holiday visas they were under the impression that they would get paid work.

"They were recruiting individuals from Papua New Guinea to come to New Zealand to get employment and learn new skills and get life experience, and take them back to the islands to their families," Mr Finnigan said.

According to the ERA determination, the group's first stop was in Waikato where they participarted mainly in Destiny Church activities attended by the Swarbricks.

The men participated in the Man Up programme while the women helped out in the kitchen, catering for church events.

Struggling to find the 12 enough work, Mrs Swarbrick then met Martha Fretton through a mutual contact at Destiny Church and she arranged to help them find training in Hawke's Bay.

Mrs Swarbrick, originally from PNG herself, claimed she brought the individuals in for an "educative experience" rather than paid employment.

Ms Fretton paid a total of $9293.70 to Mrs Swarbrick as a "donation". Some of this money was distributed to the members of the group as "allowances" and used to cover their accommodation costs, but fell drastically short of the minimum standards they were entitled to.

Te Mata Estate chief executive Nick Buck said they were "horrified" to learn the workers were not paid.

"We were mislead about this by ICM ... obviously our primary concern through all this has been about the workers and we have been appalled," he said.

As a result of the case, Te Mata Estate was now only working with one accredited labour supplier to ensure this kind of exploitation did not happen again on its vineyards, he said.

Destiny Church said neither Martha Fretton, Christina-Kewa Swarbrick, nor Antony Swarbrick were members of its congregation.

"No one has ever heard of them," a spokesperson told RNZ.

It had no record of the PNG workers attending a Man Up programme in Waikato, she said.

Labour Inspectorate Manager Kevin Finnegan said the case served as a warning to vineyards to take a good look at their supply chains and ensure they were only using legitimate contractors.

"Employers need to be mindful of the risk of employment law breaches in the supply chain. Such exploitation can be damaging to the wellbeing of vulnerable workers but also to the business in terms of branding.

"Customers expect employment standards compliance as part of the NZ's brand for fair treatment of workers. Failing to ensure employees receive their minimum entitlements undercuts businesses that do the right thing and jeopardises exports and domestic sales," says Mr Finnegan.

The Labour Inspectorate estimated that ICM owed a total of $31,128.36 in unpaid wages and holiday pay to the 12 workers. The company has been ordered to re-pay the wage arrears.

Ms Fretton was ordered to pay $30,000 in penalties for a total of 60 employment standards breaches and what the ERA labelled as "gross negligence".

Her company, ICM, has since been placed into liquidation and liquidation reports with the companies office show she also owed more than $100,000 to Inland Revenue.