Big city folk struggling to get their avocado fix or those simply left reeling at the prices being charged for them - up to $11 dollars each - might want to consider a trip to New Plymouth. 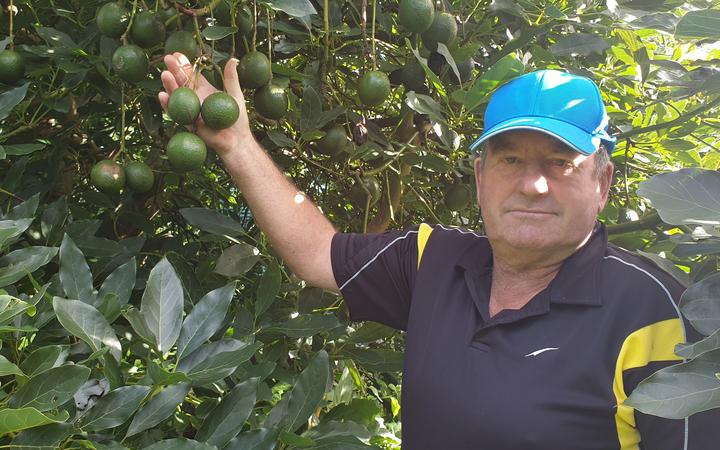 Donald Johnson is not cashing in on his out-of-season avocado crop. Instead, he has set a price he hopes works for everyone. Photo: RNZ / Robin Martin

An orchard just a hop, skip and jump away from the airport has an unusual off-season crop for sale -- and all it's asking is $2.50 a piece.

The honesty box at the entrance to Donald and Robyn Johnson's Airport Drive orchard has been doing a roaring trade since the couple announced on Facebook they had an off-season crop of Carmen Hass avocados going on sale.

Mr Johnson said a wet winter in 2017 followed by a prolonged period of good weather had sent his 800 plants into overdrive.

"We set good fruit and the bees loved it and the trees went crazy. I think it's called flora loco. The trees go crazy; don't know what season is which and went into full flower in February and set fruit in March and this is the fruit we are doing now. It's been on the trees 14 odd months." 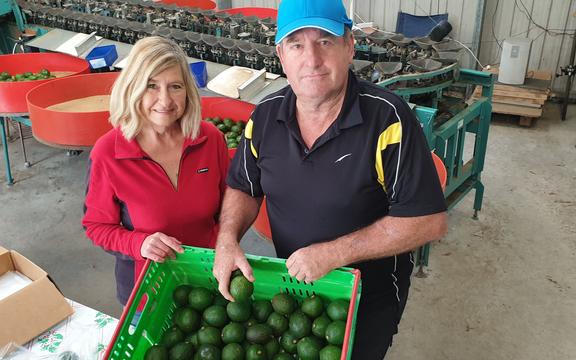 Mrs Johnson who was charge of bagging the fruit -- two or three in each, depending on size -- said that strangely the autumn-set fruit ripened into a round shape rather than the familiar pear-shaped Hass.

Not that she was complaining. "It's interesting, we've never seen it. I've never seen the quantity of fruit like this at this time of the year. It's really surprising. It's lovely though and we enjoy our avocados so yeah quite happy."

But the Johnsons have decided not to cash in on their off-season bounty. Mr Johnson said instead they asked around and had tried to set a price that worked for everyone.

"We hear a lot of people saying that $5 is far too much for an avocado and a lot of can't afford them or won't buy them and that so we came to a price that's a win for them and a win for us and we're looking after our customers who've looked after us for quite a long time. And it is keeping us pretty busy as you probably observed out at the road."

The Johnsons planted the trees in 2002-2003 soon after buying their 21-acre property.

Mr Johnson said all their A-grade fruit is sold via the honesty-box stall at the end of the drive and it usually returned between $3000 to $5000 a tonne although it was a little unclear yet what the off-season fruit would fetch.

And out on Airport Drive despite some grumbles about the size of the fruit, the punters seemed happy enough. 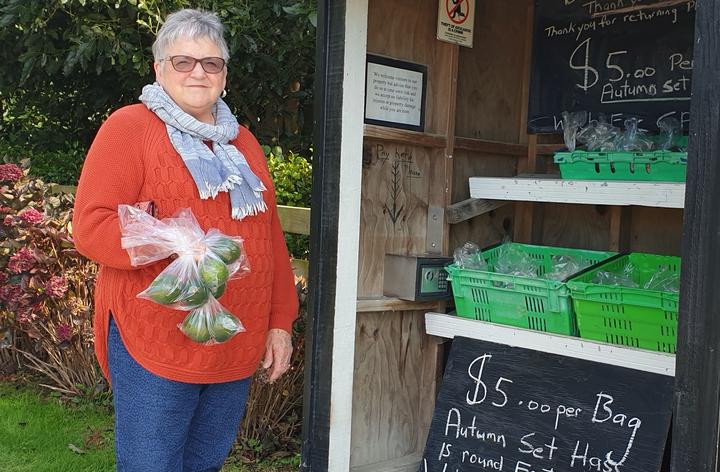 Eileen Fitzpatrick appreciates not having to pay the same price that Aucklanders spend for avocados. Photo: RNZ / Robin Martin

Eileen Fitzpatrick was pleased with her haul. "They're cheaper and I go through quite a few and I saw the ad on Facebook," she said of her reasons for heading out to Airport Drive.

She thought the pricing was spot on. "It's brilliant. Compared to what you read about up north we're very lucky." 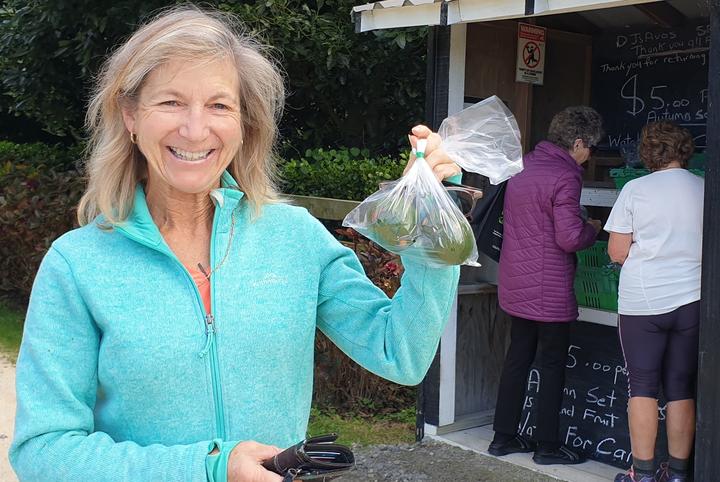 Sue Sutherland couldn't keep away. "Well I'm an avocado, you know nut, and I won't pay what's at the supermarkets so I actually live in town and thought I'd better get out here before they sell out." 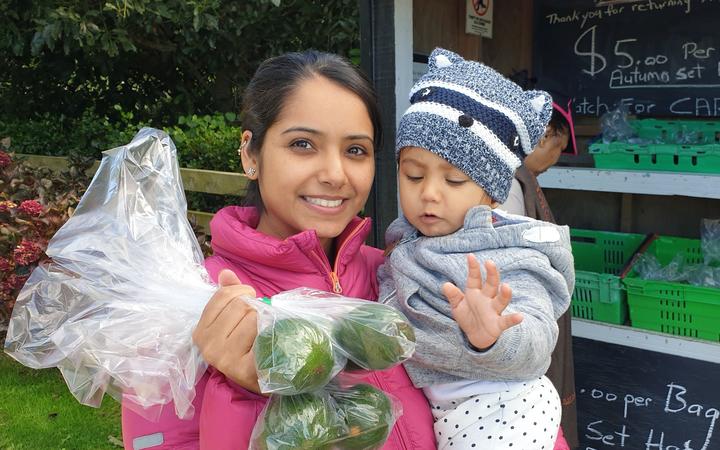 Sonia Behl had to keep one-year-old Harry happy. "My baby loves avocado so I try and give him it in most of the dishes and it's the cheapest one here and very fresh."

Darryl, who did not give a second name, knew he was onto a good deal. "It's the cheapest place in New Zealand to buy them."

He did not think much of the prices Aucklanders were paying for the fruit. "It's ridiculous, eh, but it's all about supply and demand isn't it."

Meanwhile, Jenny Read reckoned you couldn't get avocados anywhere else.

Ms Read said the prices of avocados in Auckland were incredible. "I wouldn't pay it, it's crazy."

She did have a suggestion for the city folk however. "There's quite a few there. Jump on a plane, get a cheap as flight, stock up on avocados, fly home and sell them."

And it's not an idea Mr Johnson totally discounts. "If they want some avocados at a good price ... they'll be at the gate."

But you'd better hurry as the Johnsons reckon the off-season fruit will be gone in a few short weeks.

For the rest of us the new season crop should begin making its way into shops later next month.