Campaigners from both sides of the abortion debate have had heated discussions during rallies held at the same time in Auckland's Aotea Square on Saturday. 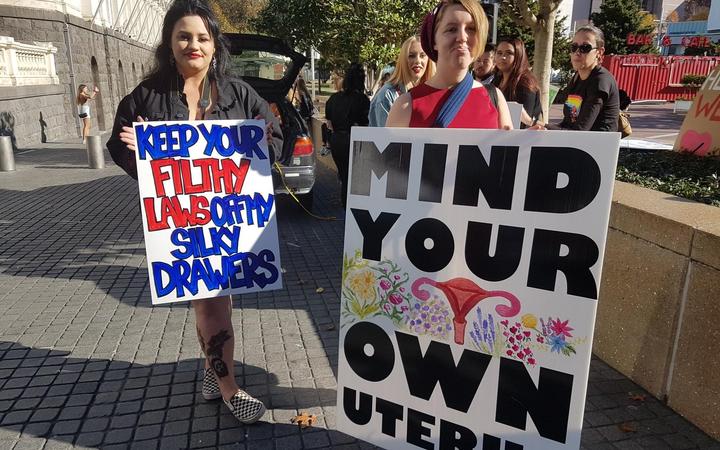 MPs Deborah Russell and Marama Davidson were among the speakers who addressed the pro-choice crowd of about 200 people.

The rally was organised in a matter of days to show solidarity for people affected by recent law changes in the US.

Alabama's governor last week signed into law the most stringent abortion legislation in the US, making deliberate abortion a crime in nearly all cases.

One of the organisers of the pro-choice crowd, Tegan Tinsley, also said it was important to raise awareness of how abortion was part of the Crimes Act, and that needed to be changed.

"We just use this opportunity, I guess it's very recent in the news with what's happening in Alabama especially."

"We kind of grasped that opportunity to raise awareness because it is still an issue we need to face, especially with it being a campaign promise," she said. 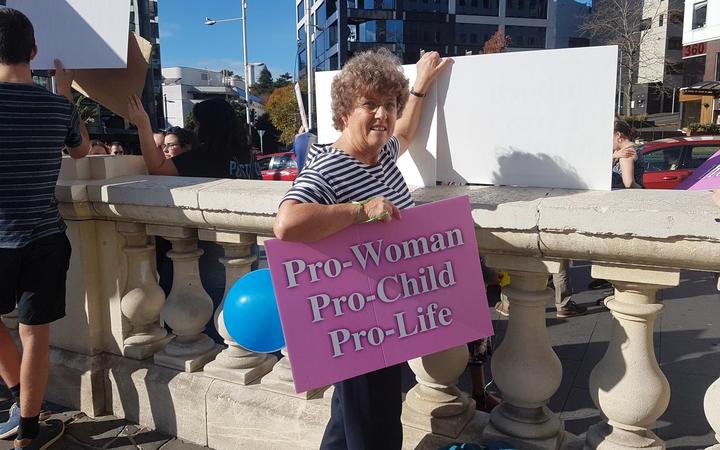 A counter-rally organised by March for Life and Voice for Life gathered close by, waving placards.

About 50 people joined the anti-abortion protest, with a handful of individuals engaging in passionate debate with pro-choice campaigners.

Judith Rotherham, who is against abortion, said the debate had been mostly friendly, with only a few cases where the discussions were getting aggressive.

She said it was important to be at the rally, countering the other side's argument in a reasonable way.

"Not to harass or put down, that's very important to our values," she said.