Nelson-Marlborough Health says the region is being hit hard by influenza, with more people being admitted to hospital earlier than usual. 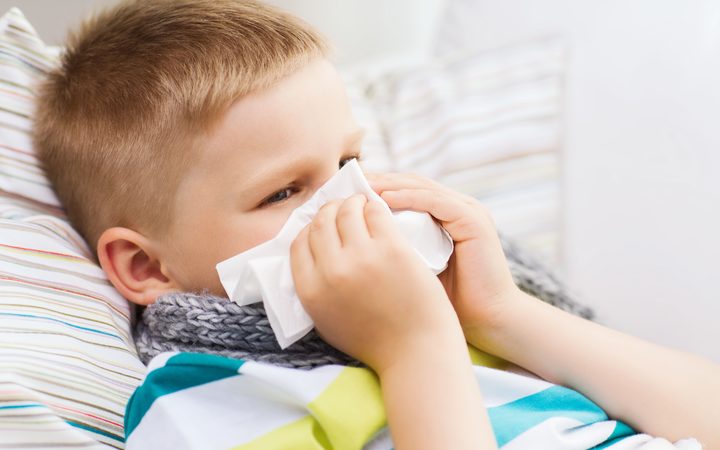 The Nelson-Marlborough health board is advising urgent vaccination against this year's influenza. Photo: 123rf

Medical Officer of Health Andrew Lindsay said the latest data showed the region was tracking much higher than the South Island average.

Three children were among 27 admitted to Wairau and Nelson hospitals in recent weeks with serious complications caused by influenza.

A clinical nurse specialist at Wairau Hospital, Iona Bichan, said what they were seeing was probably the tip of the iceberg, because as well as those admitted, many others were being treated and discharged at the emergency department.

The health board is advising urgent vaccination against this year's influenza.

Dr Baker was also urging people to not hold off getting vaccinated, as the flu can trigger serious post-viral complications.

Dr Baker said the upward trend this year was possibly making up for last season, which saw lighter numbers hit later than usual.

He said it was also showing up in numbers absent from schools and workplaces.

A member of the public contacted RNZ news to say 20 percent of their child's Nelson school was currently off sick.

However, schools approached by RNZ were not reporting absenteeism higher than usual for the time of year.

Nelson Central School tumuaki Pip Wells said the school had one class out of 21 with more than a third away for two days this week, but others totally unaffected at this point by the flu.

She said the school had been proactive in offering flu vaccinations to staff and it was hoped the majority uptake would help limit numbers.

Ms Wells said they were also dealing with a few cases of chicken pox.

Nayland College in Stoke had not noticed any significant drop in student numbers.

Principal Daniel Wilson said the attendance rate was currently 89 percent, against a typical 90 to 91 percent for the time of year.

Mr Wilson said they were noticing a higher number of tummy bugs and sore throats, but so far there was nothing to suggest the flu had taken hold any worse than usual.