A number of schools in an Auckland suburb have increased security after reports of an indecent assault of a pupil. 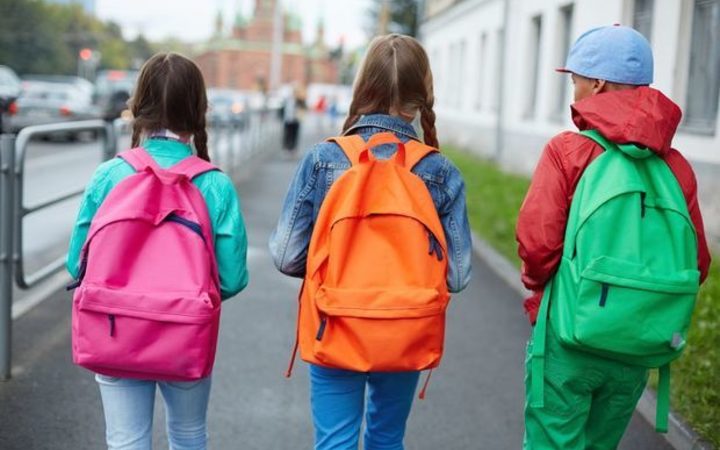 Police are investigating the incident that occurred in the Royal Oak area on Monday morning.

A girl on her way to Royal Oak Primary School was reportedly indecently touched by a stranger.

Several nearby schools have issued safety messages to parents and put additional staff at school entrances at each end of the day.

Oranga Primary School said it has been notified of an incident by Royal Oak School where one of its "girls was indecently touched by a stranger on the way to school".

It warned parents to make sure children were not walking alone, said to tell police if they saw anything suspicious.

"We will increase staff around the school before and after school for the next few days," the school said.

Onehunga Primary School principal Viki Holley said she had been in contact with police and had sent emails and letters home with students to warn the community about student safety to and from school. 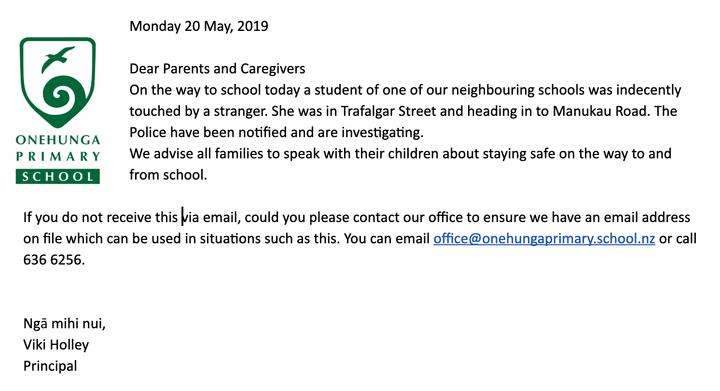 Police said they have made a number of inquiries in relation to the incident and are speaking to a person.

They said no charges have yet been filed.

Separately, police Sergeant Deane McEntee said in a email released by Onehunga Primary School to parents on its Facebook page that there has recently been some "incidents where suspicious individuals have been reported approaching school students in public".