A Nelson maverick politician, artist, author and raconteur has announced his fifth bid for the city's mayoralty. 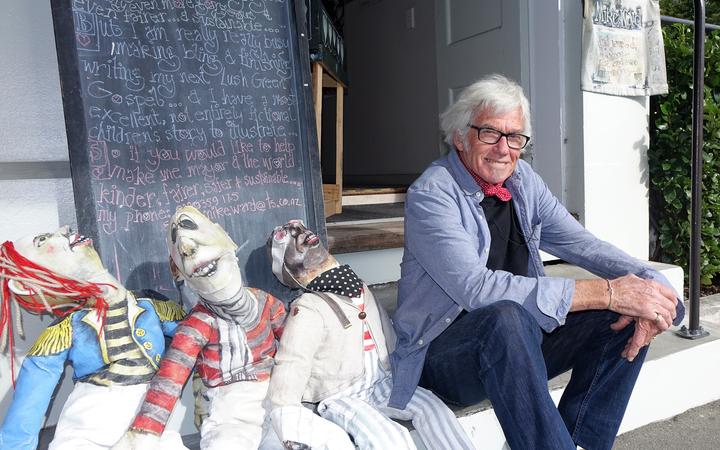 Mr Ward has been elected to the council several times since 1983, but bowed out with a valedictory speech in the council chamber in 2016.

He has also had a career in national politics, after years of non-starts. Mr Ward was an unsuccessful candidate at seven New Zealand general elections before being elected in the 2002 general election at number nine on the Green party list, after the counting of special votes.

When in Parliament, he was the Green Party spokesperson on Arts and Culture, Older Persons, Small Business, Sports, Fitness and Leisure, Tourism and Waste-free.

But now, he said the time had come when he could make a difference.

"I wake up in the morning feeling anxious - too often these days, and I think, well actually, making my little city the role model is the goal, and the other day the council said, 'hey, we're going to take it seriously', and that would be a great council to be part of," Mr Ward said.

The Nelson City Council followed Canterbury in declaring a climate emergency, which will guide the council's decisions on how it responds to climate change.

Mr Ward said his long-term vision has always been for the city to acknowledge challenges over energy and climate change.

He said the city's public transport system was improving but there was room for growth, the cycle network was already "second-to-none", and the city had a couple of thriving local markets from where people bought local produce weekly.

"People here already think consciously about where they get their food, and where the things they buy come from.

"Others already walk their kids to school, or have moved closer to town so they don't have to commute - they're all moves in the right direction."

Mr Ward, who has never held a driver's licence, would like to encourage more people to travel less, and holiday more at home.

"Just imagine buying a heap of festival tickets and holidaying at home, rather than throw away money on flying somewhere else."

Mr Ward said he was obliged to try for the mayoralty, because he believed life could be more fun.

"I think we can do this, and be a much more gorgeous, more enjoyable place to live."