A $100,000 reward has been announced for information about the murder of a 21-year-old woman in Christchurch in 1995 - the most the police have ever offered for such information.

The reward and an associated phone hotline, were announced by the police this morning, 23 years after Angela Blackmoore's partner found her stabbed to death in her Vancouver Crescent home, in the suburb of Wainoni.

In the intensive homicide investigation immediately after the murder, the police said they spoke to about 100 people and collected forensic evidence including fingerprints.

Despite 10 people of interest being identified, the killer was never found and the case has remained open. 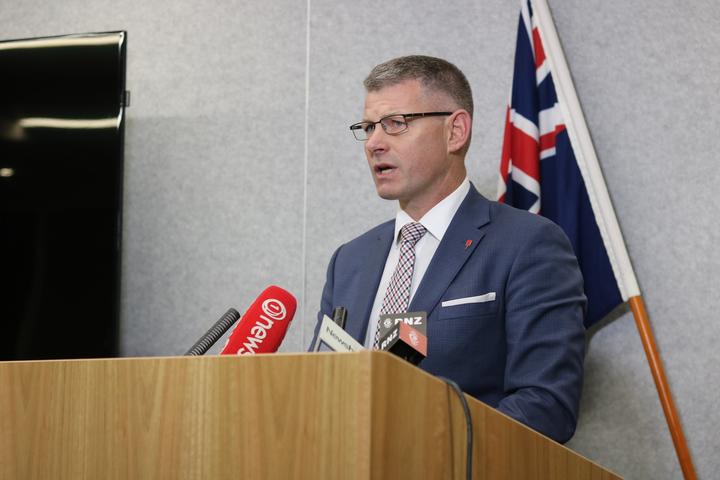 Detective Inspector Corrie Parnell is appealing to the killer to come forward, along with anyone who assisted. Photo: RNZ / Katie Todd

Investigations Manager Detective Inspector Corrie Parnell said the passing of time has only strengthened his resolve to find them.

Addressing media this afternoon, he said he is taking a "never say never" approach.

"The threshold is high in terms of bringing a charge. You always have to keep your mind open in terms of something that can come from left field," he said.

He is appealing to the killer to come forward, along with anyone who may have assisted. Although 23 years has passed since the murder, he said the burden or "cognitive load" of what they did would not have.

"It needs to be on record that it this was a brutal killing. This young lady was stabbed 39 times. The person or persons involved ... would have had to go through some sort of cleaning regime, their activities post would have changed, if they were close to loved ones or persons or associates - and that's the stuff that's critical to us," he said.

At the time of Ms Blackmore's murder, there was no sign of forced entry and her two-year-old son was also at home, asleep.

Four people have already called up about the case today, police said.

Mr Parnell would not go into detail about where the $100,000 was coming from but said it is not third party, and comes from New Zealand police funding.

Working on the case are a small team of investigators and Detective Sergeant Todd Hamilton, who was one of the first on the scene on the night of the crime.