A Dunedin man with a disability who has waited more than 18 months for his bathroom to be modified is taking his fight to Parliament, hoping other people don't have to endure what he has. 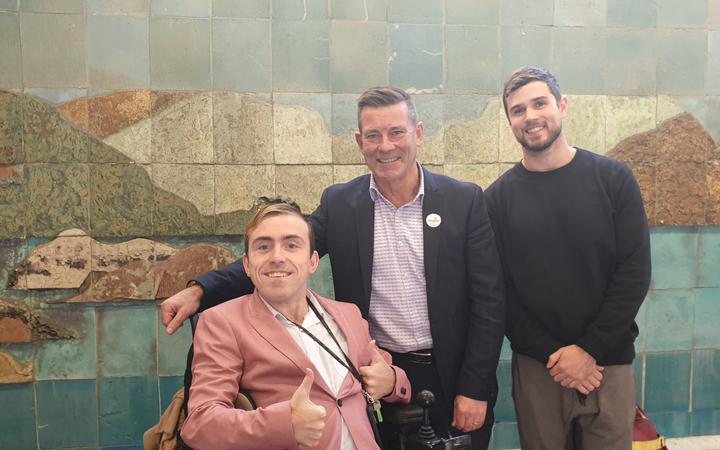 Joshua Perry launched a petition last month calling for the government to make homes more accessible for people with disabilities.

His petition asks the government to speed up the process, and now it's on its way to Parliament.

Mr Perry has cerebral palsy and the narrow bathroom doorway and a raised lip on his shower means he can't use his wheelchair to get in.

"It's quite difficult for me in terms of getting ready in the morning and stuff like that, so it will be good to have a new bathroom," he said.

The paperwork he needed to fill out when he applied to the Southern District Health Board and support provider Enable New Zealand to get his house modified was unbelievable, and the delay has caused him a lot of stress, Mr Perry said.

He launched the petition to stop others from experiencing the same lengthy process, saying he has heard of some people waiting up to two years for changes to be made.

More than 400 people signed the petition calling for a faster, more efficient process.

Tim Marshall has been one of Mr Perry's carers for about three months, saying accessing the shower was a big problem.

"It's raised and quite difficult and quite confined so to actually lift him - Josh isn't that heavy - but it's still challenging and quite awkward," Mr Marshall said.

"I haven't had major back issues, but there have been times I've felt a little niggle here and there. It is a bit precarious at certain times."

Mr Perry's dad Ian said he hoped the home would allow him to live more independently.

The estimated cost to modify the house is about $25,000, which would cover a new shower, toilet, and an automatic front door.

"I think there's about 20 steps and it goes through different committees and there's back and forth with Enable, who control the process and it's just very slow. I mean two years for a new bathroom is just ridiculous," he said.

"It's very difficult for his carers."

When a carer isn't available, Ian Perry steps in to do the lifting. He wanted more government support for people with disabilities.

"They've been historically highly marginalised in society. Even now I think we're just coming out of the Dark Ages in our attitudes towards them."

"The situation was not only needy, but dangerous if it wasn't done in a timely manner. Not just for Josh, but for his carers and so we've been working with Josh over the last few months to do what we could to push things along," Mr Woodhouse said.

The modifications for Joshua Perry's house have been put out for tender.

But while progress has been made, Mr Perry said it should never have been this hard.

He hoped his petition will make a difference for others.

"What I'm wanting a royal commission of inquiry into this issue, I want the Parliament to work together to get a bill set up so people don't have to go through what I've been through," Mr Perry said.

He welcomed people who have experienced similar challenges to speak out.

Associate Health Minister Julie Anne Genter acknowledged in a statement that the process for signing off housing modifications could be a long one.

The petition will be presented to the House of Representatives next Tuesday, and Mr Perry hoped it would be in front of the Health Select Committee the next day.