Children's Commissioner Andrew Becroft says Oranga Tamariki has no choice but to change its approach. 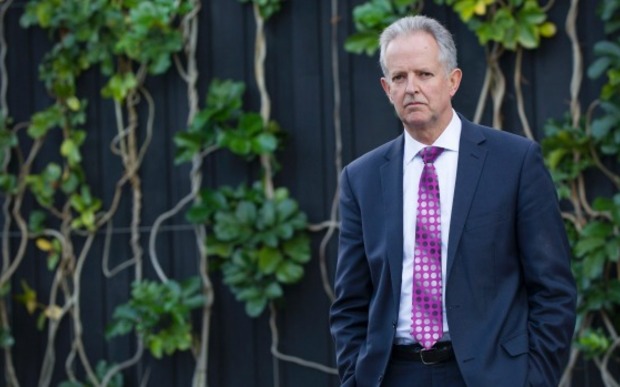 Oranga Tamariki has attracted criticism for their attempted uplift of a newborn baby from his young mother in Hawkes Bay, once she was alone in hospital.

Ministry figures showed the number of Māori new-borns taken into state care rose from 110 in 2015 to 172 last year.

While he couldn't comment on individual cases, Andrew Becroft said too many children, especially Māori, were being denied the right to develop the strong and critical bond with their mother in their first few months of life.

Ministry figures showed the number of Māori new-borns taken into state care rose from 110 in 2015 to 172 last year.

Judge Becroft said he had heard the profound impact of being uplifted has on children, following a series of recent consultations.

"We were told by one young person about the heartbreak of twice being taken without notice from her whānau, once at school.

"She still carries the memories of being separated from her siblings and parents and it's clearly going to be a life long memory for her, it's traumatic."

From 1 July, new legislation will be implemented, meaning Oranga Tamariki will need to partner with Iwi and Māori Organisations in decision making.

Mr Becroft said that should have been the position anyway and up until now, Oranga Tamariki had dropped the ball.

"For decades the enduring legacy of colonisation together with contemporary systemic racism has long affected decisions made by child welfare services, there's no getting away from that, its a hard message for new Zealand, but it's one we can't avoid and we've got to confront," he said.

He said the manner and style of uplifts could often cement distrustful and aggressive relationships.

Mr Becroft said in the 1980s, changes took place about the way decisions were made about precious resources, taonga, land and rivers for Māori.

"We have got to the position where there is genuine partnership with those decision and no decision is made without iwi, Māori or Māori organisation involvement."

Yet he added that same approach wasn't happening with children.

"If anything is taonga, a treasure, it's our children, so that's the model in terms of resources, land and rivers, well the same model for child has got to apply for children even more so," he said.

He said that was both the challenge and template for a fundamentally new approach.