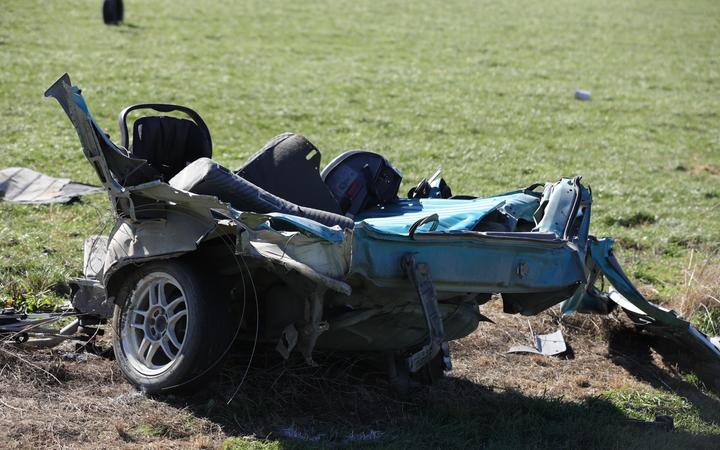 The remains of a vehicle involved in the fatal crash near Ashburton that claimed three lives in April. Photo: RNZ / Simon Rogers

Police are urging drivers to take more care and responsibility on the roads.

"It is extremely disappointing that the road toll has surpassed the number of deaths than this time last year," Mr Greally said. 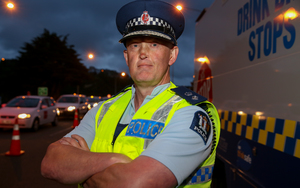 "Drivers must be responsible by giving the roads their full attention, driving to the conditions, not driving drunk, drugged, or fatigued and ensuring the use of seatbelts.

"The reality is that seatbelts save lives, being properly restrained reduces your chance of death or serious injury in a crash by 60 percent in the front seat and 44 percent in the back seat."

Police have set a target of reducing the number of deaths on the road by five percent each year.

At this point, the number of road deaths have increased by nearly 10 percent compared with the same point last year.

Police Minister Stuart Nash said, in an answer to a written question from National MP Chris Bishop, that police had: "Implemented a target of a 5 percent reduction in road deaths each and every year.

"For the last six months of 2018, police achieved a 4.2 percent reduction in deaths compared to the same period in 2017."

Mr Nash said by the end of April the number of road deaths this year had gone up 4.6 percent.

Mr Greally said "speed is a crucial factor" in the severity of a crash, and the injuries to those involved.

"The simple and inescapable truth is that less speed means less harm in a crash."

The New Zealand Transport Agency's general manager of safety, health, and environment, Greg Lazzaro, said the social costs of the crashes were huge.

"It is a terrible fact that on average seven people die and more than 50 are reported seriously injured every week on New Zealand's roads," Mr Lazzaro said.

"Every one of these deaths and serious injuries has a devastating and ongoing impact on our families and our communities."

He said the agency was working to make roads safer.