Motorists using the northbound lanes of Auckland's southern motorway have been warned of delays this afternoon in the wake of a fatal accident. 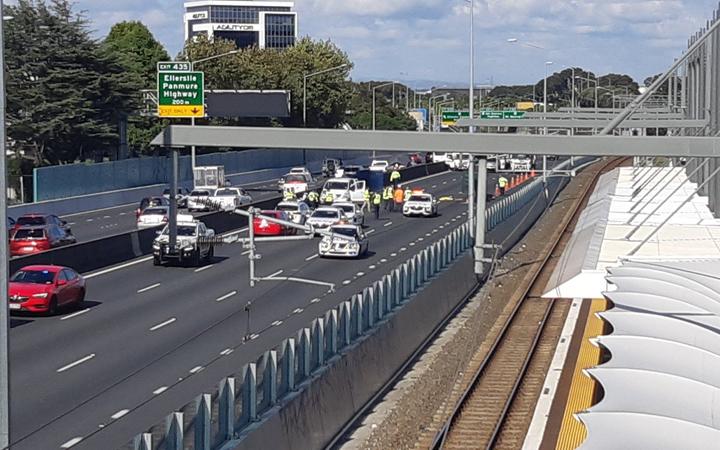 A person died after falling from a moving vehicle on the motorway, near the Ellerslie-Panmure highway on-ramp.

Police said they were called to the scene between the Ellerslie Panmure Highway on ramp and the Greenlane East off ramp at around 11.15am this morning.

The police Eagle helicopter landed twice on the motorway to provide first aid. It has left the scene and the serious crash unit is investigating.

St John ambulance said another person was also treated and they were in a moderate condition.

All lanes had reopened but people were asked to be prepared for delays as congestion eases through the area.

Nthbound lanes of Auckland's Sthern Motorway now open at Ellerslie after a person fell from a moving vehicle and died. More on @CheckpointRNZ from 5. pic.twitter.com/bQsHgOMkfg

An NZTA video of the helicopter landing: