Muslim volunteers are hand-delivering gifts to Christchurch groups and organisations that helped in the wake of the 15 March mosque attacks. 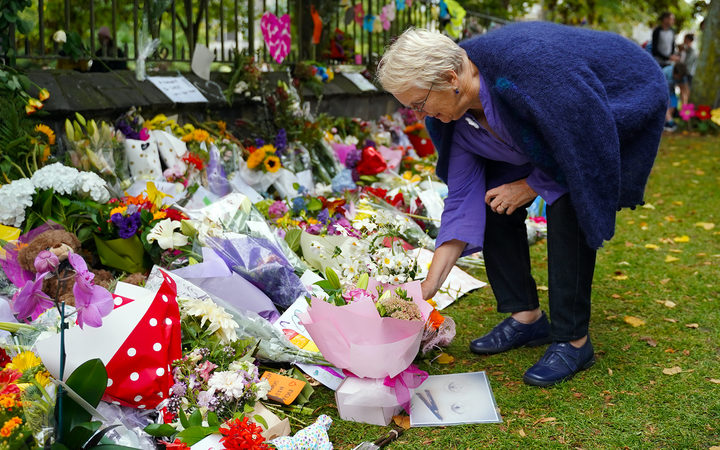 A Christchurch resident lays flowers for those killed at two mosques in the city in March. Photo: RNZ /Diego Opatowski

People from the organisation Who Is Hussain? are presenting plaques and gift "baskets of kindness" to about 30 medical centres, supermarkets, churches and agencies who they say have reached out, provided aid and helped them feel safe.

Some volunteers have flown from Auckland to take part in the organisation's #GiveBack initiative this morning.

Christchurch volunteer Zahra Hussani said positive relationships have formed between different communities in New Zealand following the attacks and she wants that to continue.

"We just want to continue spreading love and kindness."

She said the gifts could never cover the amount of gratitude and love that she and other members have for the community and for New Zealand.

"But it's just a kind gesture to give back to them, to show that what they've done... we really, really, really appreciate it," she said.

The non-profit organisation has branches across the globe, with about 1000 members in New Zealand. It is named after the 7th century leader and grandson of Prophet Muhammad Hussain ibn Ali, known for seeking social justice in the Islamic Empire.

Who Is Hussein? volunteers have taken part in a number of initiatives after the terror attacks including fundraisers, blood donation drives, vigils in different cities, and the distribution of free coffee and water at Hagley Park, during the 29 March National Remembrance Service.