Several factors contributed to the death of a 68-year-old woman in Hawke's Bay Hospital in 2017, the Health and Disability Commissioner says. 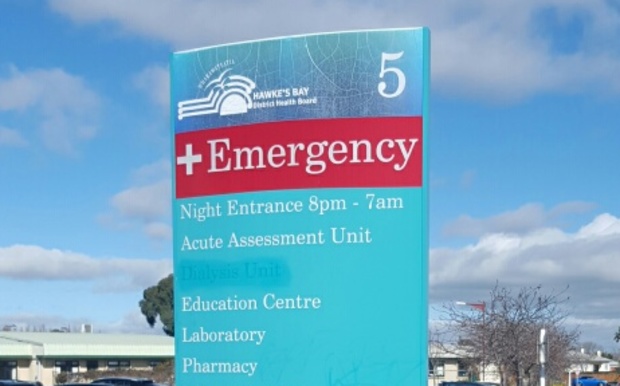 One of them was that a junior doctor failed to tell her seniors straight away that the woman had a perforated bowel, so she was not monitored as closely as she should have been.

Unaware of the scan result, other staff did not monitor woman's vital signs frequently enough and did not notice when she quickly deteriorated. There was also a shortage of nurses at the time.

A failure to document and communicate patient information between staff and departments within the hospital also contributed to her death.

She died a day after having surgery.

The woman had previously seen two GPs in two days about severe abdominal pain and was sent home with pain medication.

"Although individual staff hold some degree of responsibility for the inadequate care outlined in this report, overall the deficiencies identified indicate a pattern of poor care across services, for which HBDHB is ultimately responsible," Health and Disability Commissioner Anthony Hill said.

"Of most concern are the staffing levels; the failure to follow both the handover policy and the Early Warning Score System policy, which should be a fundamental part of clinical care; the poor documentation, which did not convey Mrs C's potential to deteriorate; and the lapses in communication between the services," he said.

The Commissioner's report noted Hawke's Bay DHB had conducted its own investigation and accepted the commissioner's findings.

Chief medical and dental officer Robin Whyman said it has apologised to the family for "a number of failings" relating to the care of their family member, and it had also made made changes aimed at improving communication between staff and departments.

These included ensuring junior clinicians seek support and advice from the consultant on call, immediately, if they become concerned about a patient in their care.

As part of a review into this case the district health board had also worked with the Health Quality and Safety Commission to implement a training programme for clinical staff focused on early recognition of warning signs and responding to clinical deterioration, he said.

Dr Whyman said a Patient at Risk team had been established since the woman's death.

"This team includes a senior intensive care nurse, to support the ward areas with the management of acutely unwell people.

"Again the district health board apologises to the family for the shock and distress suffered."