A car which was found submerged in Tauranga Harbour with a body inside it has now been pulled from the water. 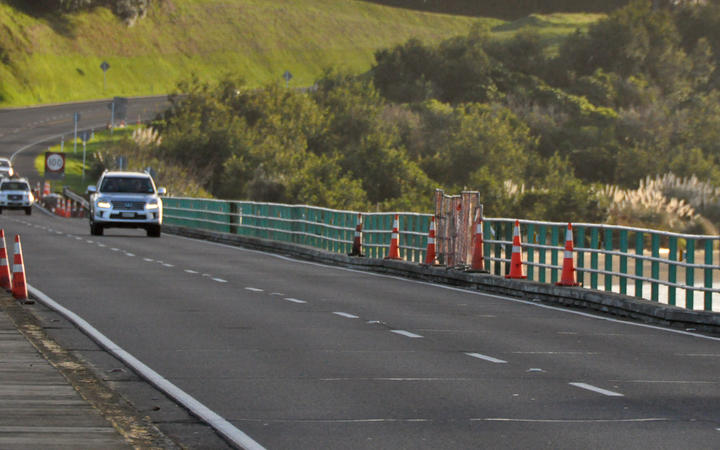 A file photo of the Maungatapu Bridge in Bay of Plenty. Photo: RNZ

The body was found by the Police National Dive Squad, which had been searching the area around Maungatapu Bridge after a car hit the railings yesterday evening.

Police say the car and body have now been recovered and the road has re-opened.

Police were alerted about 8pm on Saturday that a section of railing was missing on the bridge on State Highway 29A.

They said CCTV footage showed a vehicle collided with the bridge but not what happened next.

Police divers were searching the area this morning, and about noon police said they had located a vehicle with the driver's body inside.

The stretch of highway between Maungatapu Bridge and the Baypark roundabout was closed until the car was removed.

SH29A MAUNGATAPU BRIDGE, TAURANGA - CRASH - 7AM
Due to a #crash that occurred around 8pm last night, the Maungatapu Bridge is CLOSED from Baypark Roundabout to Maungatapu Rd. Please follow the detour & allow extra time for your journey. https://t.co/ovoYMnWCdh ^EL pic.twitter.com/wyFHuHbBbh