The road is now open following a crash that left two people in critical condition north of Timaru. 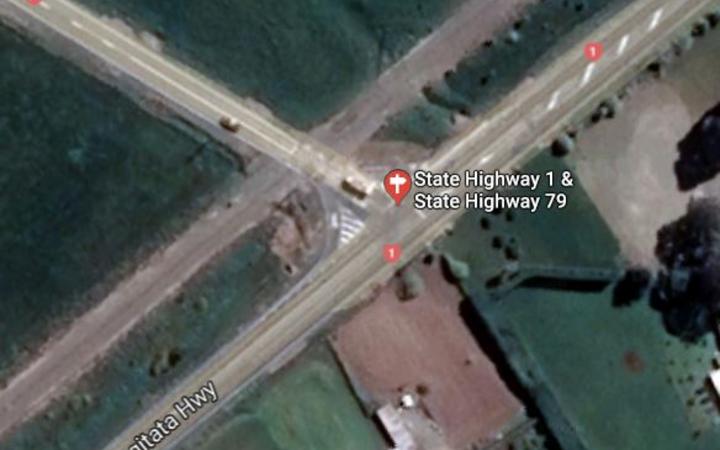 The two-vehicle crash happened at the intersection of Rangitata-Orari Bridge Highway and Orari-Rangitata Highway just before 9.30am. Photo: Google Maps

The two-vehicle crash happened at the intersection of State Highway 1 and 79 just before 9.30am.

Police said two people were trapped in one of the vehicles involved in the crash. A male and a female were airlifted to Christchurch Hospital.

A third person was transported to Timaru Hospital with minor injuries.

The police say the vehicles have been cleared and the road is now open in both directions.

The Serious Crash Unit has been advised, police said.