A self-confessed IT geek has set up a kids coding club as part of his mission to give more Pasifika kids the opportunity to get into a career in IT.

Ron Amosa, who has Samoan, Tuvaluan and Chinese ancestry, says he rarely sees other Pacific people in the techy roles that make up the high paying end of the IT industry and he wants that to change.

Every Wednesday afternoon up to 10 kids gather at Rosebank School in Avondale for Coding Club.

They're from all different background - and are all welcome - but it's Pasifika kids that are at the heart of Ron's mission.

There were sometimes preconceived expectations that they would be mostly into sport and music, he said.

"I'm sure that not every Island kid out there is a sports jock or a creative muso. I'm sure there are heaps of geek Islander kids out there as well. Like me." 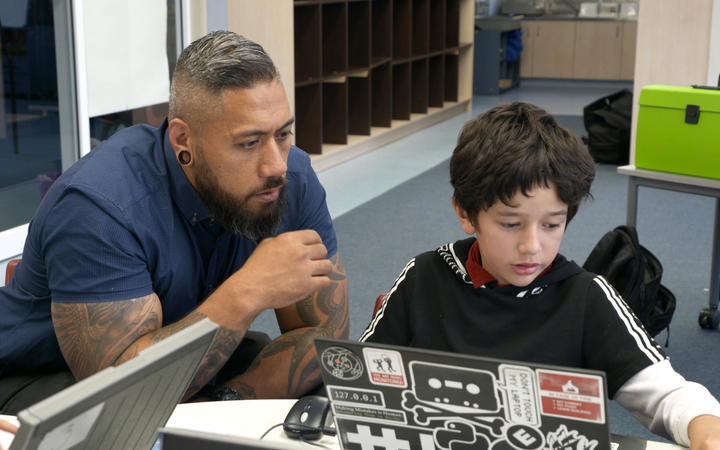 Ron started his mission last year, buying 10 second-hand computers himself and spending the weekend refitting them for their new purpose.

He then began the search for a venue. Rosebank School came on board, and Coding Club has met every Wednesday for the past two terms.

The cute crew work to code games, calling on Ron's expertise - and those of his volunteer helpers - as they do.

When RNZ visited Coding Club, Daezharn, was chuffed to have learnt to hack the coding system a little.

The work took perseverance and had taught her patience, she said.

"When its annoying and you get really annoyed you feel like you don't want to do it again. When its right you're like - yas! Then I still want to do it, she said. 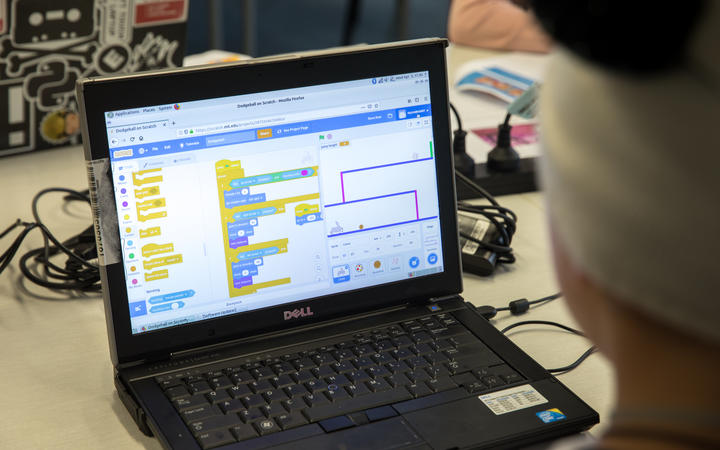 Another coder, Ally, already had an idea of what she wanted to do when she grew up.

"Kind of what Ron does... that's what I mainly go for in my goals," she said.

And Davey had more motivation to encourage more kids to attend.

"It's fun and you get free snacks," he said. 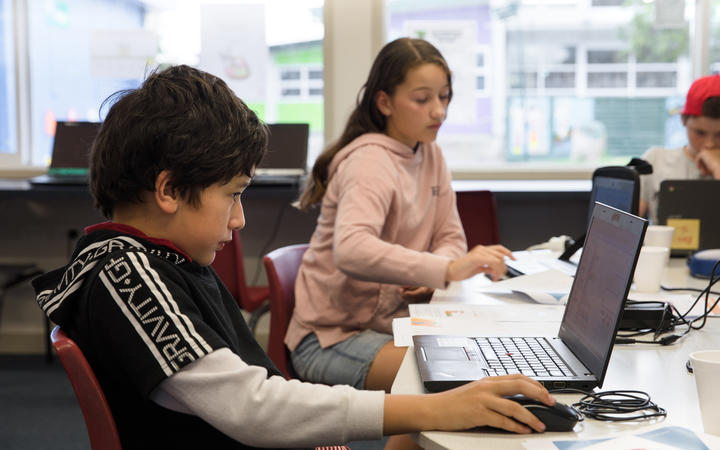 "I've been working in IT for better part of two decades now. I don't see many, if any other islanders in my space - in the engineering space, in the system administration space, where the bigger salaries are. Nobody," he said.

And as more jobs were lost to computers, he wanted to see the Pacific community front and centre in the jobs that will replace them.

He hoped to one day see Pasifika people in stock images of IT professionals or a lavalava-clad character jumping kava bowls in a video game.

"If I can expose these kids to IT through making games and website and electronics and robots - and if that plants a seed then that grows something later on then I guess that was a success," he said.