The 5-year-old girl who suffered brain damage after being shot at the Al Noor Mosque in Christchurch is responding to questions with one word answers and was able to sit up, her family says. 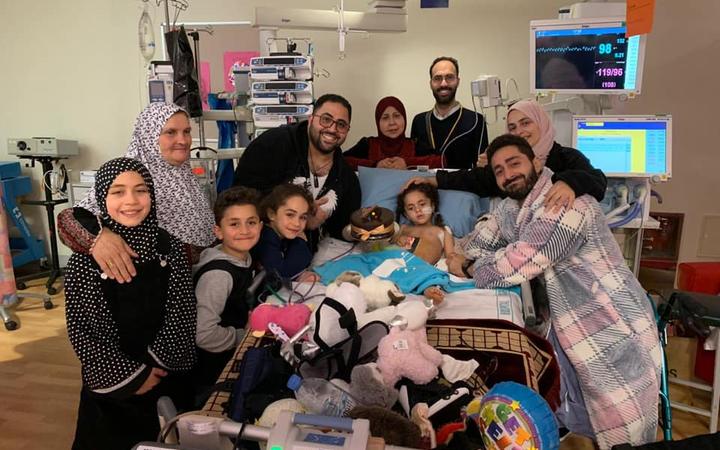 In an update to a Givealittle page set up by a workmate, Alen Alsati's father said she was able to sit up for half an hour. However, they are unsure what Alen can and can't see and her eyes do not track or fix on anyone.

"Please keep praying for us - every small development is very exciting," the family said.

Speaking to Checkpoint last week, her father - Christchurch barber Wasseim Alsati - said he would always take Alen for a fluffy and two marshmallows on Friday mornings, and then take her home before prayers - but that day they went to the mosque together.

He said he believes Alen would be dead if he had not lifted her up just as the gunman fired.

Mr Alsati was shot three times during the attack and has since been discharged from hospital. He is now by his daughter's side at Starship Hospital.

While he was still in hospital he said Alen went through a number of major surgeries.

"She has brain damage at the moment, and the doctors tell us it will be four to six months to know how bad the damage is," he said at the time.

One person injured in the Christchurch mosque terror attacks remains in intensive care.

Nine others are still being treated in hospital.

The Canterbury District Health Board said five people are in Christchurch Hospital, including one who is still in intensive care in a critical condition.

Four others are at Burwood Hospital in Christchurch, which specialises in rehabilitation.