Three helicopter crew members who survived a crash in the subantarctic ocean have been flown to Invercargill where they walked unaided into Southland Hospital for check-ups. 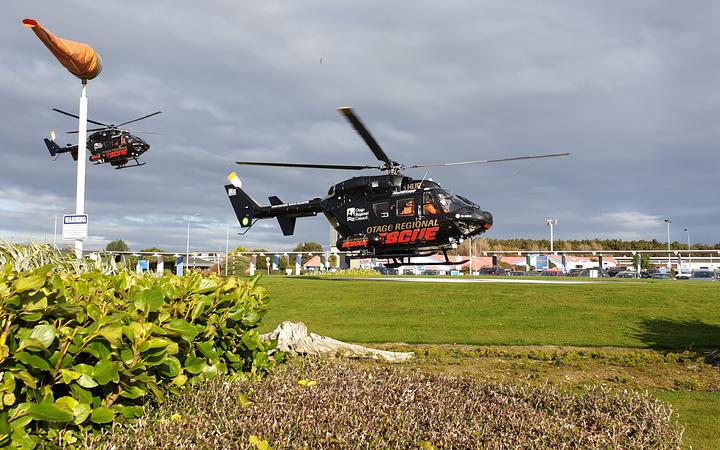 The pilot, a winchman and a paramedic had been on their way to medically evacuate a person from a fishing boat when they crashed last night.

About 10.20am today, Rescue Coordination Centre NZ said a fishing boat had found wreckage from the twin engine Kawasaki BK-117 helicopter, later confirmed to be the door.

About midday, the men were found alive on a beach on Auckland Island, about 450-kilometres south of New Zealand, after more than 16 hours of being missing.

Sir Richard Hayes, the chief executive and chief pilot for Southern Lakes Helicopters, went to search for the missing crew and said finding them was exhilirating.

"It's one of the most incredible things that I've come across in 40-odd years of aviation, to have a result like we found here today when we went south expecting the worst after 15 hours of no communication, what a tremendous result, it was like winning Lotto, believe me."

Sir Richard said even the winch operator who was knocked out during the crash managed to extricate himself from the aircraft.

"He was knocked out, he was unconscious, it was the winch operator and he has no recollection of the impact and he got himself out, whether or not the training kicked in by second nature, we're not sure, we don't know, but he got himself out into the water and then he came around.

"I think he may have even sat himself on the aircraft before it sunk and then they had to swim to shore."

"It's a very remote place and we've always said if anything ever goes wrong, we can only ever get ourselves out of trouble, and that's really what's happened this time."

Mr Gale said the crew are very experienced and had good equipment, including the immersion suits, but were also helped by the fishing crews in the area.

He said there were five or six fishing vessels in the area who responded last night, and continued helping this morning.

One of the fishing boats located a door off the missing helicopter, which allowed the search area to be narrowed down.

He said it was special to see the crews all out working together, and the outcome is one none of them would have expected. 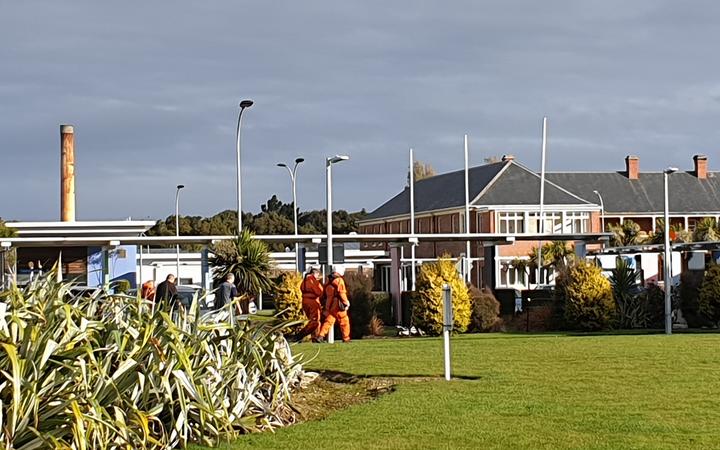 Lloyd Matheson from Southern Lakes helicopters was actually supposed to be on the ill-fated flight, but he swapped shifts with a colleague.

He told Checkpoint that the news today couldn't be better.

"We were prepared for the worst and we've got a really good result so absolutely over the moon."

Mr Matheson said the aircraft finished up in the water near its intended landing site about 7.30pm last night, after it lost communication about two minutes out from landing.

The crew were in the aircraft in the water and had to get ashore, he said.

"I understand one of our crew was knocked unconscious on entering the water so to get out of an aircraft that's ditched in the sea at night with no lights, no community around to support them, it just supports the training that we've put in to these unexpected occurrences that confront us now and again."

Mr Matheson said the fact that the emergency locator beacons or EPIRB failed will be part of the investigation into the accident.

A spokesperson for St John said the organisation was very pleased that the group was safe and now receiving medical treatment.

The spokesperson said the paramedic's family were hugely relieved and looking forward to being reunited with him later tonight.

Rescue Coordination Centre duty manager Kevin Banaghan said it was an outstanding result, and he was very pleased.

"The owner of the company, Richard Hayes, who's actually arrived down there as part of the rescue effort, actually arrived on scene and located the three crew walking around the beach in their immersion suits."

The crew were transported to Enderby Island at the northern end of the island group to seek shelter before returning to the mainland. 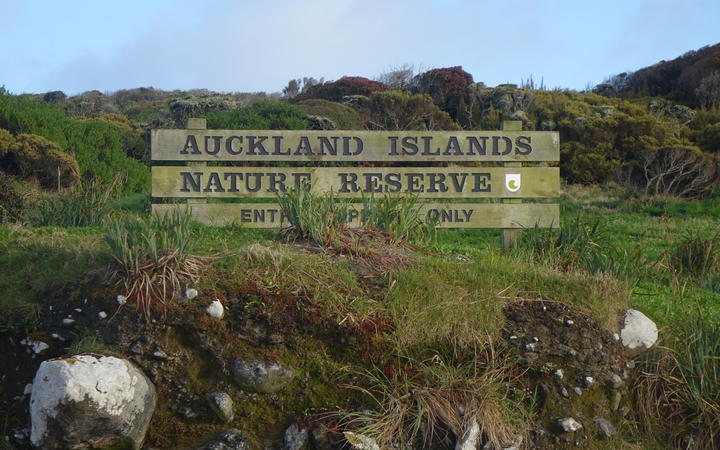 The missing helicopter crew were found walking on a beach in the Auckland Islands. Photo: RNZ / Ian Telfer

Earlier today, the centre's Mark Dittner told Morning Report the last contact with the helicopter was at 7.37pm near Yule Island.

"The owners of the helicopter, Southern Lakes Helicopters, they realised that they hadn't had contact with the helicopter for a while and they informed the rescue centre at 8.15pm last night.

"We're currently trying to locate the helicopter, so we've got a P3 Orion from the Royal New Zealand Air Force using the specialised equip it has on board. We've also got five fishing boats on the scene."

Mr Dittner said the helicopter - a long-range commercial aircraft - had been intended to airlift someone from a boat at the islands to Invercargill.

"We're searching around Yule Island which is a small Island at the top of the Auckland Islands group for any sign of the helicopter.

It would be cold down there, but Mr Dittner said the crew would have had emergency equipment.

"Absolutely, so these people will be trained for emergency situations, they'll be wearing ... cold water immersion suits. There's a life raft on board the helicopter and they also have a satellite phone, as well as personal locator beacons."

He said no such distress beacon had been set off, with no signals from the aircraft since last contact.

"Currently there's low clouds in the area, which is why we're so pleased to have the P3 Orion which is able to use its specialised search equipment to break through that cloud to locate anyone that's around there.

"Definitely a large number of people searching for the helicopter at this point."