A trust accusing the Transport Agency of using its design for a walk and cycleway across the Auckland Harbour Bridge says it will take legal action if the agency doesn't pay up. 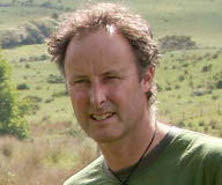 "Our arrangement with the 11 consultants is that we would pay them when the Skypath project was funded. So we have these agreements with these consultants who have worked on SkyPath over the last 10 years on a deferred fees basis," Mr Woodward said.

He added that if the agency refused to pay, the trust would have no choice but to pursue its money through the courts.

The agency said it will not be commenting until the completion of an independent investigation into its dealings with the trust.

The review was ordered after the government stepped in last month amid an escalating row between the agency and the trust.

The $67m SkyPath has been on the drawing board since marchers blocked the bridge in 2009 in protest at not being allowed to walk on it.

Last month, the Transport Agency's chair Michael Stiassny wrote to the trust saying it had not allowed its design to be assessed and this had "slowed the process considerably".

The trust rejected that as "laughable", saying the agency had been partners with it and had access to assess its design for years.