Environmental activist group Extinction Rebellion is set to take to the street in seven centres tomorrow. 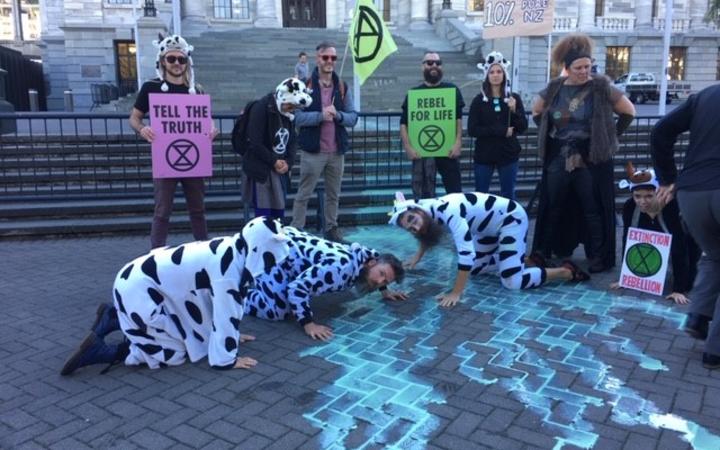 Protests to raise awareness of ecological collapse will be held in Auckland, Thames, Tauranga, Wellington, Nelson, Christchurch and Dunedin. They will call on government to declare a climate emergency.

It follows a global week of action including protests in London where more than 400 people were arrested.

Extinction Rebellion spokesperson Simon Oosterman said there were New Zealanders who felt the environment was in such a crisis, that they would take any non-violent action necessary.

He said that could include pushing things to arrest.

"We will take the action that is necessary to make a change that we want to see in the world, but it [will] be done in a peaceful manner."

Mr Oosterman said the local events were scaled-down due to the mosque attacks and had been organised at the last-minute.

But they came on the back of a "damning" report on the state of the New Zealand environment, released by the government this week.

"Our main goal tomorrow is to raise awareness of the crisis that we face and to reinforce that message that has come from the Environment Aotearoa report that we need urgent action," Mr Oosterman said. 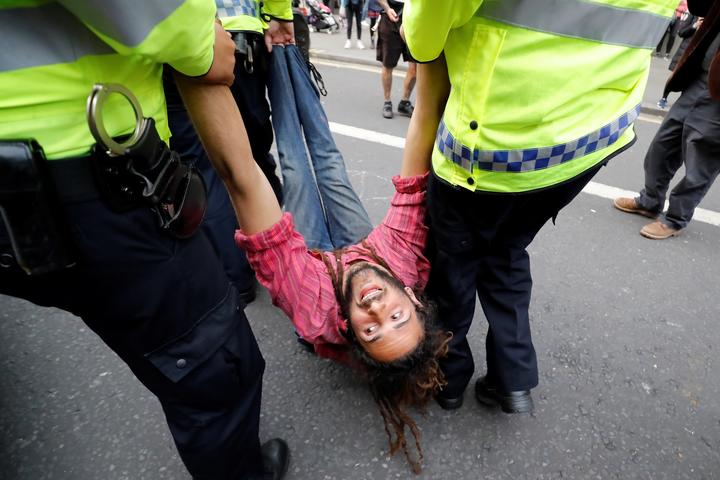 "Without drastic action, we are heading towards an unrecognisable planet and widespread misery."

In Christchurch, protesters dressed in togs and water-themed clothes will march from the Edmond's Factory Sure to Rise sign, as a nod to the threat of sea-level rise.

In Wellington, protesters dressed in blue clothes will form a "human wave" and in Auckland the protest will take place in Mission Bay.