Work to stop a wood processing plant near Napier from leaking waste into the sea could take a month to complete. 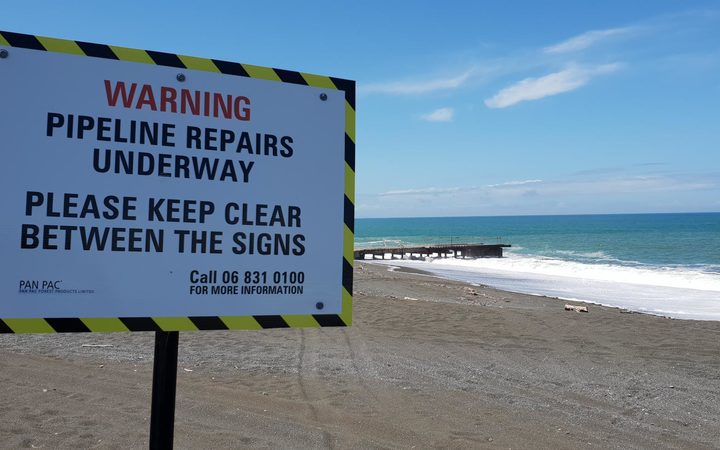 A pipe from Pan Pac Forest Products that is meant to carry effluent more than 2km out to sea, has been leaking brown foamy water onto Whirinaki Beach for months.

A leak was discovered in the 2.4km outfall in September last year.

In an update this week, the company says the 47-year-old pipe is more deteriorated than originally thought.

Instead of repairing the leak with fibreglass patch, it has decided to install a new section of pipe within the original pipe.

From next week, boats will be working offshore to complete the repair by mid-May.

Hawke's Bay Regional Council says it has completed an extensive investigation, including into the company's maintenance records, and while the leak is disappointing, charges are not warranted.

It said no negligence has been found on Pan Pac's part.