A South Island mayor is questioning why ratepayers and taxpayers are footing the bill to clean up industrial waste. 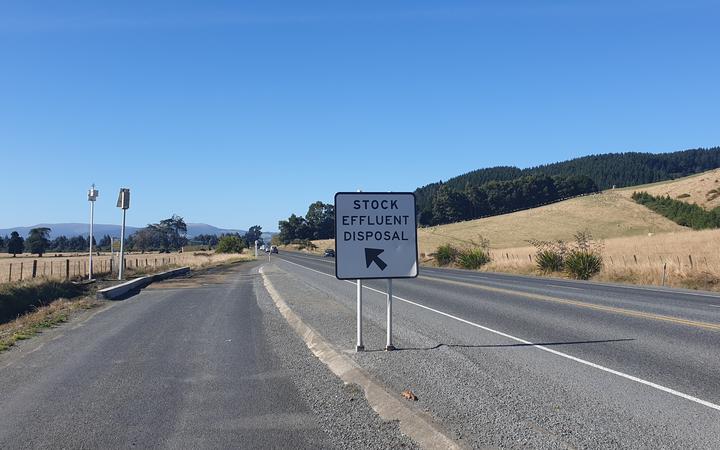 Stock effluent disposal sites are used to keep animal waste off New Zealand roads and prevent it from seeping into the environment.

But local authorities and the Transport Agency are responsible for covering the cost, not industry.

Central Otago District Mayor Tim Cadogan said most people were unaware they were paying to keep industrial waste off our roads.

"The real question is why are ratepayers or taxpayers anywhere paying for these things to be built and the last one that we got built here was $840,000. That's yet to be commissioned.

"They're dotted all over the countryside and they're there to collect the industrial waste of the dairy farmers at the taxpayers cost," Mr Cadogan said.

By 2015, there were more than 30 stock effluent disposal facilities across the country with about 18 either in the works or being considered.

Rates and taxes were being used to pay to build and maintain these sites, he said.

The Otago Regional Council (ORC) confirmed about a quarter of its proposed $840,000 site will be paid for by its ratepayers with funding from the Transport Agency covering the rest.

"Central Otago has a very small dairy industry, but because we geographically in the middle a lot of trucks going from Southland to Westland or vice versa pass through and need empty.

"So our ratepayers, through their ORC rates, are getting charged directly for the emptying of industrial waste from other parts of the lower South Island," Mr Cadogan said.

In the North Island, Waikato ratepayers contribute up to $15,000 a year to maintain four of the region's sites - and there are plans to build two new sites in the future.

Southland Regional Council ratepayers forked out more than $12,000 last year to pay for maintenance of the region's only site at Five Rivers - the remainder of the $26,914 cost was paid by the Transport Agency.

Taranaki Regional Council doesn't contribute financially to the area's three disposal sites, saying they are managed and mostly paid for by district councils with the government funding about 50 percent of two of the sites.

The stock effluent management plans are regionally organised and catching spillage culprits can be difficult.

"The maintenance of those sites is conducted by the local councils mainly through the regional councils and they have a responsibility to have an environmental component and everybody pays for that. Farmers pay rates, truck drivers pay rate. So that's just the way it is. It would be very, very difficult just to bill individuals for that and probably very costly to do so," he said.

Transport Agency South Island director of regional relationships Jim Harland said using rates and charges was not an ideal situation, but it kept effluent off the highway.

"We're promoting ourselves as 100 percent pure and obviously effluent on roads and falling off tracks doesn't really fit that image," Mr Harland said.

"Effluent on the road is very slippery, it's a hazard to motorists so for both of those reasons, it's important for effluent to be disposed on in an appropriate manner."

Stock truck drivers don't have to use the disposal sites, but Mr Harland said the alternative was much worse for motorists.

"We fund them on the basis under a principle of exacerbaters should pay and the exacerbater in this case is the original owner of the stock, who benefits from the sale that stock once it's processed. But there is no that there is no cost effective method for levying that sort of ... pollution effect."

Using local rates was an easier and fairer method to cover costs - which were also assisted by road user charges and petrol taxes, he said.

And until a better solution is found, the public is picking up the cost to keep New Zealand's roads clean.