A man who was transporting drivers across the Waiho River on a dump truck has been advised to cease operations by the police. 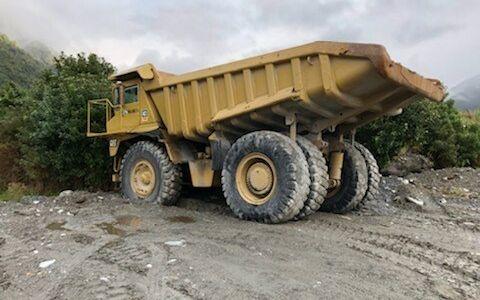 The truck being used to take people and cars across the Waiho River Photo: RNZ / Stanley McFerrier

Since last Thursday Tim Gibb has been taking vehicles, freight and passengers across the river by Franz Josef, where a bridge was swept away in floodwater in late March. The replacement bridge will be opened tomorrow.

Over the past week, Mr Gibb said he was inundated with bookings - taking everything from carloads of tourists, to farm supplies, to tins of cat food, on the dump truck that he hired from Whangarei.

But he said he was approached by the police on Wednesday night and told he should stop because of safety concerns about changeable weather and river conditions.

"We just had a visit from the commercial vehicle unit from Christchurch. They were very nice but there were a few grey areas in our operation. They were concerned that it wouldn't be a fine for me, it would be jail," he said,

"So we mutually agreed that we should cease operations, unfortunately." 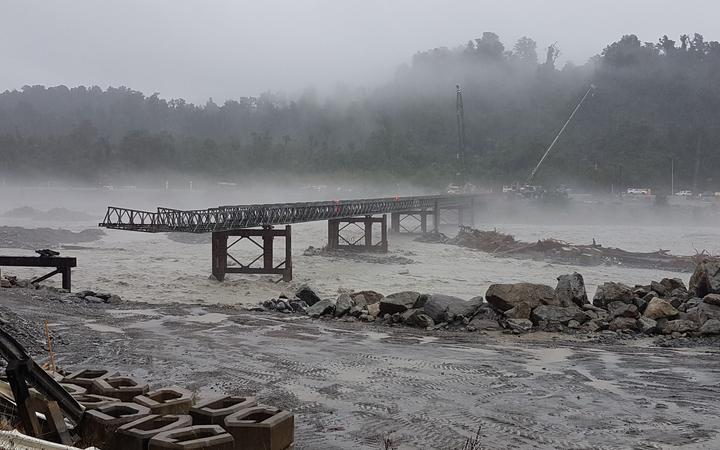 Mr Gibb said it was fun while it lasted, with some tourists telling him it was the best thing they'd done on their holiday.

On his busiest day, he took 50 cars across the river and said he almost lost his voice from all the talking he did.

"Some said it was better than their heli-hike, which I find strange." 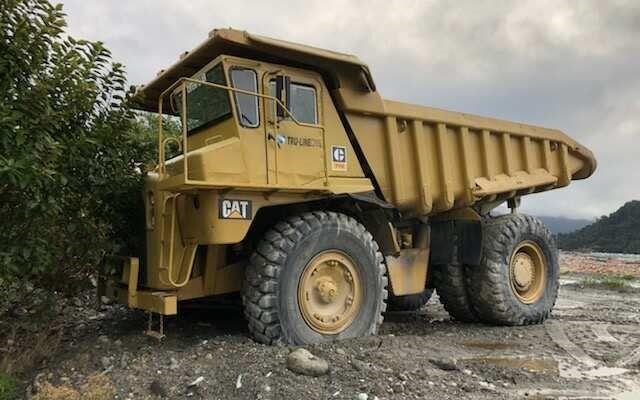 In a statement, a police spokesperson said they recognised the service had been a temporary option for people wishing to get themselves and their vehicles across the Waiho River - but public safety was their first and foremost priority.