Police have asked for patience while they make plans on how to deal with the large number of firearms expected to be handed to them, after the Arms (Prohibited Firearms, Magazines and Parts) Amendment Bill passed its final reading in Parliament yesterday.

"We know we have a big job ahead of us, we also know we are up for the challenge," he said.

Asked whether police had the capacity to deal with the number of guns that would be handed in, Mr Clement replied, "we didn't yesterday".

"But we're quickly developing processes to make sure that we can meet that expectation.

"That's why I'd urge gun owners to register online, be patient, keep the firearms secured so that by the time the New Zealand police is ready to receive those firearms, we can do so safely."

He said he did not know how many guns would be handed into police, saying it "could be 10,000, it could be more".

The Defence Force might be involved with the collection of firearms, Mr Clement said.

Buyback scheme details were still being ironed out, including compensation levels, and and more information was expected in the next few days and into next week. 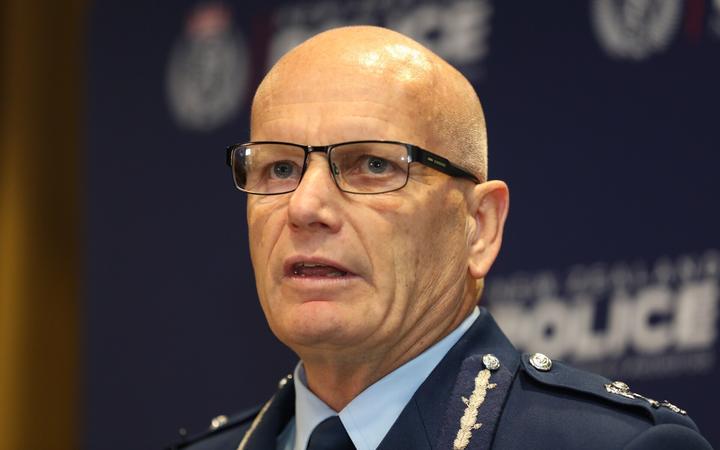 He said the grace period was to give people time to tell police of their intention to hand in firearms, and to get the process started.

Police had been having "frank" discussions with the community, but the public had also demonstrated an "understanding and a commitment to work together", Mr Mr Clement said.

"These are law-abiding members of our community."

He said he wanted to emphasise that the amnesty provisions in the new laws protected licence holders who had good intent.

"Let me be clear though those people who threaten or actually harm others with firearms can expect police to act swiftly."

Mr Clement said people who now find themselves in possession of a prohibited firearm should notify the police online at the Police website.

He said police would provide updates as its plans progress.

"Police will advise people of the process for handing over their firearms once we have developed processes for larger scale collection in communities.

Only a person who meets one of the exemption categories and who has applied for and obtained a new endorsement and permit to possess may lawfully possess a prohibited firearm, magazine or part.

Only Governor-General signoff before laws come into effect

The law change had near unanimous support, with ACT the only party to oppose it.

The bill now only needs to be signed off by the Governor-General before becoming law.

The amendment bans a large number of semi-automatic firearms, parts, and large-capacity magazines.

Mr Clement said there would be very few exceptions to this - only collectors, dealers, and people who undertake wild animal pest control will be able to apply for exemptions.

More information about a gun buyback scheme was released yesterday. Owners will be able to claim compensation based on make, model and their condition, with amounts to be set by independent advisors and an expert panel.

The change to the gun laws was prompted by the massacre of 50 people in two Christchurch mosques on 15 March using semi-automatic weapons and high-capacity magazines.