Bitterly disappointed breast cancer patients accused the government today of interfering in the work of a select committee. 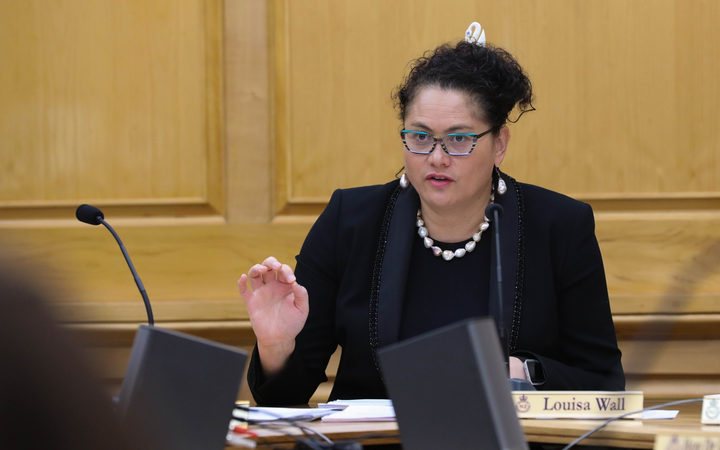 Parliament's health select committee has been considering a petition from patients seeking funding for new drugs for advanced breast cancer.

They've also pushed for an inquiry into drug-buyer Pharmac.

Committee member and National MP Michael Woodhouse told journalists at Parliament today there will be no such inquiry, after it was defeated in a vote on the Labour-led committee.

He said he "felt sick" to break this to the patients, adding it raised questions about political interference by senior Labour MPs in the committee's work.

"I should also add that the chair of the select committee late last year described a select committee inquiry as a no brainer, and now she's voting against it. That's another area that should be examined."

Malcolm Mulholland, an advocate for the patients, backed that, saying committee chair Labour MP Louisa Wall had told him that Health Minister David Clark had interfered.

"I've been told by the chair, Louisa Wall that she was told by [David] Clark and by an authority higher than him, although I don't know who that is, that they don't want this inquiry to proceed," Mr Mulholland said.

"I can say to you 'no' and I refute what he has said . And I also want to say that the health committee has not even up until today discussed his request [for an inquiry]."

Ms Wall added she believes an independent inquiry is needed into Pharmac, but said that's different from a select committee probe, and the committee lacks the power to order an outside inquiry anyway.

Asked if she did want an independent inquiry, she replied: "Absolutely and I can say yes 100 percent. And the options that we have explored ... are what a request to the Law Commission would look like. Obviously as a select committee we can't instruct the Law Commission to do a review but we can certainly recommend to the Minister of Justice that he explore the possibility of that."

Dr Clark also today rejected the accusation he interfered in the committee's work.

"It's not for me to comment on what the select committee does," Mr Clark said. "The select committee is actually the watchdog on me as minister. It's the parliamentary overview of the process and they are independent and that's exactly why I would never instruct them to do anything."

He added he's consistently said there is no need for an inquiry into Pharmac, which secures the best prices for drugs in the world, for New Zealand.

However, she said questions need to be asked around early access to new drugs.

"That's something I've asked the minister to undertake some work on because that's where we do see time and time again questions being raised," Ms Ardern said.

That's unlikely however to lift the spirits of patients, whom advocate Mr Mulholland says are gutted and have now lost hope.

"That's the one word that oncologists use when you're diagnosed with advanced breast cancer. They say we may not be able to save you right now but there's always hope. Well today's decision was about killing that hope."

Pharmac wouldn't be interviewed but pledged to work harder to make its decisions faster and explain them more clearly.

It said it will make clearer what stage applications for drug funding are at in the process and why it makes the decisions it does. It would also "give people more clarity about what we may - and may not - fund, we're looking to decline a number of applications we are not actively considering".

The agency was also lunching a new online application tracking system in August, and working to publish recommendations from its expert clinical advisors faster.