A lifelong Crusaders' fan has more than 26,000 signatures on his petition to keep the Super Rugby team's name. 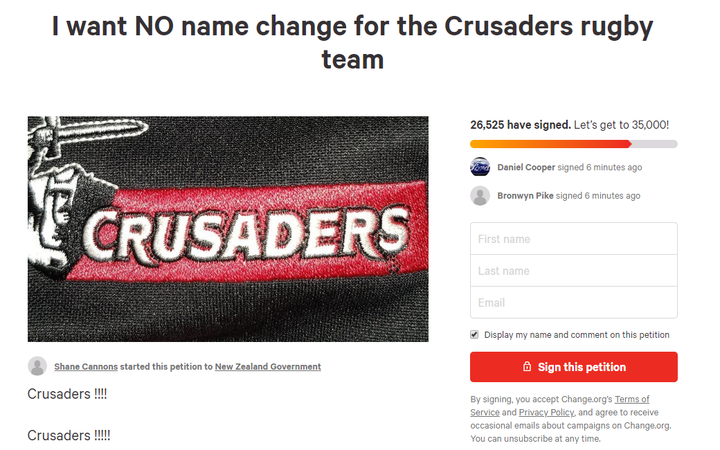 Last week, the Crusaders and New Zealand Rugby announced the would hire a research company to get feedback and provide recommendations on the name, the marketing and entertainment props used by the team.

NZ Rugby Steve Tew chief executive said the name was "no longer tenable" because of its association with the religious Crusades that had been drawn following the Christchurch mosque attacks.

Middleton resident and Crusaders fan Shane Cannons started a petition against a potential name change which he said would be "unfair". 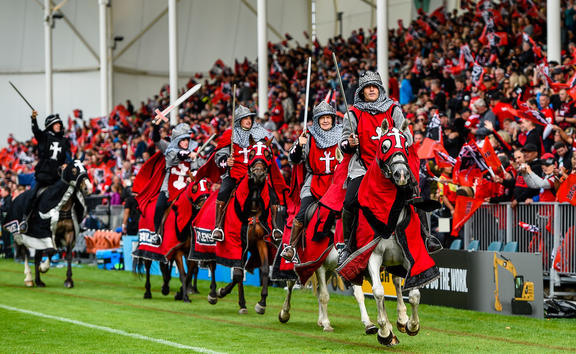 The Crusaders Horses during the Super Rugby match at Christchurch Stadium. Photo: Photosport

"Personally, I don't see any connection whatsoever with the Crusaders rugby team and the atrocities that happened all those years ago because I don't see them as those kinds of Crusaders," he said.

He said he saw them as "men gathering together to go to battle for their realm, not going out slaughtering thousands of people."

"Anyone with half a brain can work out that that has no association," he said.

"Canterbury's already been through enough, with the earthquakes and now with this terrorist attack.

"We don't need to lose the Crusaders' name."

He said he was impressed with the number of signatures gathered so far.

"From here, I'll get as many as I can and I'll go and talk to the Canterbury Rugby Union."

Mr Cannons said the next step would be to take the petition to New Zealand Rugby.