A coroner has found a student probably would have died of meningococcal septicaemia, even if a senior doctor had arrived sooner. 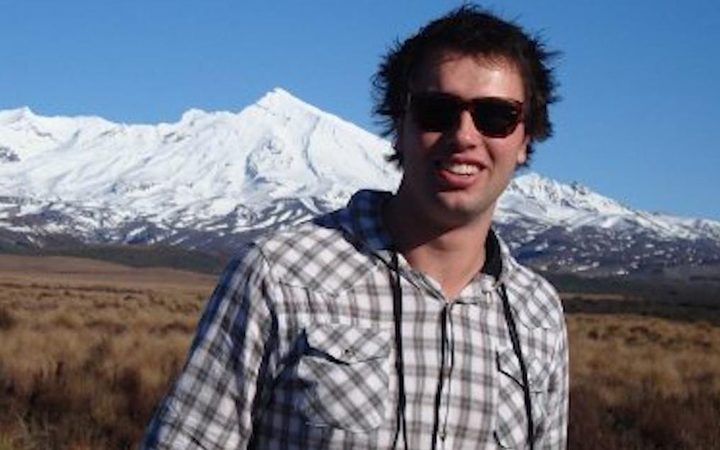 In 2009, Zachary Gravatt died of meningococcal disease at the age of 22. Photo: Supplied

Medical student Zachary Gravatt, 22, died from meningococcal septicaemia after it went undiagnosed for four hours at Auckland Hospital in 2009.

The finding is from a second inquest into Mr Gravatt's death, which was called after his family received an anonymous letter in 2016 alleging the on-call doctor delayed getting to his bedside.

A previous inquest in 2011 found Mr Gravatt was not treated in time and Auckland District Health Board paid the family compensation.

In findings released today, Coroner Morag McDowell said the earlier arrival of the senior doctor could have been beneficial, but was unlikely to have changed what happened.

The on-call doctor, whose name is suppressed, had worked all day and was having dinner at a Ponsonby restaurant when Mr Gravatt's condition worsened and the doctor was called by hospital staff.

The doctor said he was stuck in terrible traffic, which delayed him getting back to the hospital.

However, Coroner McDowell said there was "no support for the proposition that there was extreme traffic" which stalled the doctor.

"I am satisfied that [the doctor's] return to the hospital was longer than what might be expected of a 2.8 kilometre journey; that it was in excess of 20 minutes, and in the range of between 35 - 50 minutes (approximately)," she said.

"On the totality of the evidence surrounding this point, including Zachary's rapid deterioration and the general mortality rates, I am satisfied that the weight of evidence indicates that [the doctor's] earlier presence in the Department of Critical Care Medicine (at the time of Zachary's arrival) would unlikely have made a difference to Zachary's outcome."

Coroner McDowell said a Code Red Alert should have been called earlier, but this would not have made a substantial difference to Mr Gravatt's survival.

"At most it can be concluded that the opportunity to maximise Zachary's chances of survival was missed."

The coroner noted that a global pandemic of swine flu caused numerous hospital admissions in July 2009 and Mr Gravatt's illness was initially thought to potentially be swine flu.

The coroner acknowledged the significant contribution Mr Gravatt's family had made during the inquest.

His parents, Dr Lance and Jennifer Gravatt, had suggested on-call staff should carry flashing lights to put on their cars in emergencies. Other drivers would have to stop and make way for medical professionals.The coroner suggested Auckland District Health Board consider future use of emergency beacons.

Mr Gravatt's father, Dr Gravatt, had suggested that having premixed antibiotics available could speed up their administration. The coroner encouraged the health board to consider the viability of stocking pre-mixed anti-biotics and standard doses of Ceftriaxone.