Dunedin police sought documents related to satanic and pagan rituals during their investigation into the killing of a miniature horse in Waitati. 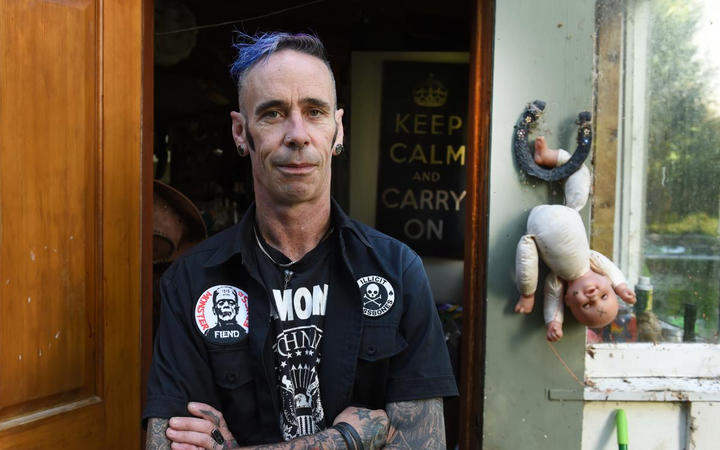 A search warrant mentioning the documentation, along with other items, including weapons and drugs, has been supplied by a self-acknowledged suspect in the case, Reg Ozanne.

Police seized several of his knives, crossbows and shoes.

He earned the ire of Waitati residents last year for stealing from a nursery and breaking into cars in the area, and acknowledged he was a suspect of both police and some residents of the small seaside settlement.

In an interview yesterday, he strongly denied killing the miniature horse.

Star was stabbed 41 times late on Sunday February 17, later succumbing to his injuries.

The attack remains under investigation by Dunedin detectives.

Late last month, officers again visited Waitati and searched several areas of interest. including the paddock and a nearby house where Mr Ozanne, 49, lives with his partner. They also searched a car.

A copy of a search warrant supplied by Mr Ozanne said there were reasonable grounds to believe the search would uncover evidence linked to the offences of cruelty to animals and theft.

It also mentions documentation related to "the harming of animals'', plus satanic and pagan rituals, but the exact nature of the documents was unclear. 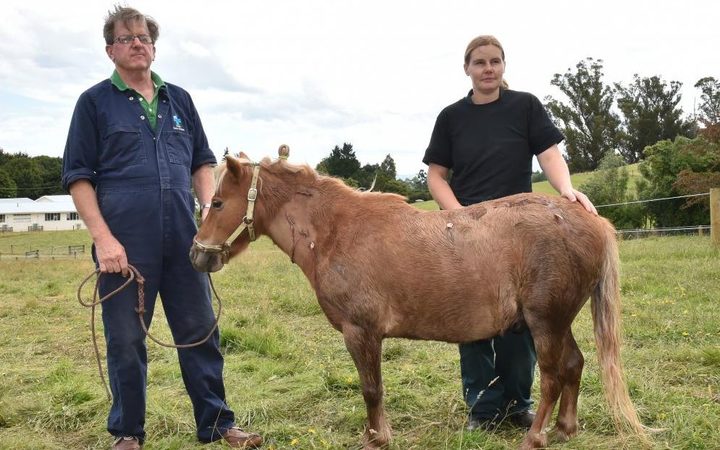 Mr Ozanne said officers undertook an extensive search of both his partner's house in McLachlan St, where he lives, and a car.

They took knives from his collection and four crossbows, only one of which was operational and which he used for hunting, he said.

He also acknowledged holding some pagan beliefs, including taking care of the Earth, but said he was not a satanist.

"My gods are the Māori gods, because I'm part Māori.''

On the day of the killing, he said he had finished off a bottle of whisky he had received for his birthday, watched a movie and retired to bed.

"I would have been lucky to walk to the mailbox let alone anywhere else.''

Mr Ozanne has given a video statement to police.

Others in the Waitati community believe he committed the crime, and he acknowledged he was isolated after he last year stole items from a garden centre and broke into two cars in the area.

"Last year I had quite a bad head injury and I did some strange things,'' he said of the offending last year.

He claimed to have no gripe with Star's owner, Waikouaiti Coast community board member Mandy Mayhem-Bullock, or her husband, and was considering putting up posters in the community offering to speak to people and answer their questions.

Mr Ozanne alleged he was assaulted last Sunday by a man wearing a balaclava and wielding what he said was a baton and a knife.

The following day he laid a complaint with police, Mr Ozanne said.

Police would not be drawn on whether they received a complaint of that nature, citing privacy, or answer any further questions on the killing of Star, other than to say inquiries were ongoing.

Satanic New Zealand spokeswoman Frankie Vegas said she was devastated by the killing of the miniature horse.

Neither she nor any Satanists she knew would ever engage in cruelty to animals, especially given one of the fundamental tenets of the satanism she subscribed to was to "strive to act with compassion and empathy towards all creatures'', she said.

Satanic New Zealand had earlier raised funds for an animal sanctuary, before a Blood For Satan drive to give blood last year.

Dunedin celebrant Tracey Crampton Smith is listed on the University of Otago chaplains web page as a pagan contact.

Ms Crampton Smith said she had never heard of anyone identifying as pagan ritually harming or sacrificing an animal in New Zealand.

Nor was she aware of anything in the pagan literature talking about the harming of animals.

"We are nurture-based creatures, in our spiritual wellbeing, whether we are druids or wiccans or witches or magicians.

"I would think as a pagan in an old time I would bless the food I would eat and see that as a sacrifice.''

This story was first published by Otago Daily Times