Prime Minister Jacinda Ardern was among more than 70 people who gathered over the weekend to meet John Sato, the 95-year-old veteran who took four buses to join an anti-racism march in central Auckland after the Christchurch shootings. 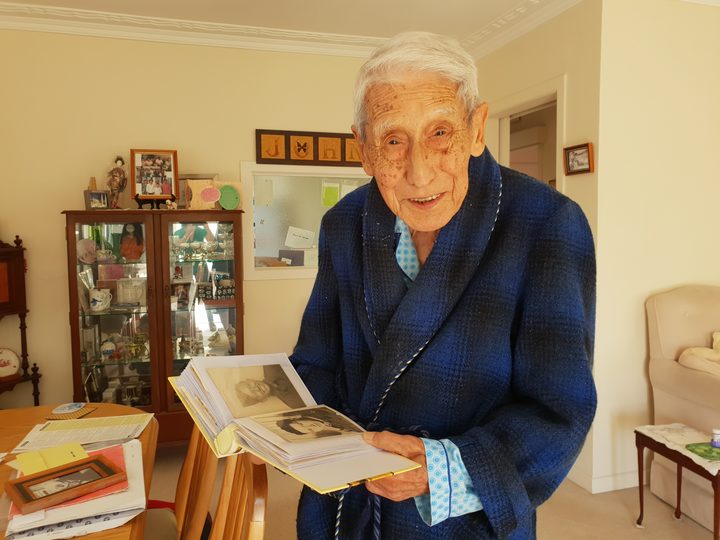 John Sato was supported by police and a helper to show his support for the Muslim community during an anti-racism march in central Auckland. Photo: Photo / Liu Chen / RNZ

The meeting was held at the Howick Bowling Club in the eastern suburb of Auckland on Saturday, where the elderly man shared his wisdom and thoughts.

Ms Ardern posted a photo of herself and Mr Sato on social media afterwards.

"It's hard to write something that does 95-year-old John Sato justice...Thank you John. Your actions warmed the hearts of so many during a time of such sadness," she wrote.

It’s hard to write something that does 95 year old John Sato justice, so I’ll use the words he shared after recently taking four buses to get to a rally and show support for the Muslim Community. This is what he had to say "I stayed awake quite a lot of the night. I didn't sleep too well ever since. I thought it was so sad. You can feel the suffering of other people..... I think it's such a tragedy, and yet it has the other side. It has brought people together, no matter what their race or anything. People suddenly realised we're all one. We care for each other." Thank you John. Your actions warmed the hearts of so many during a time of such sadness.

Colonel Tenby Powell of the 3/6 Battalion of Royal New Zealand Infantry Regiment was also there.

He said he enjoyed meeting Mr Sato, who was one of the only two Japanese servicemen in the New Zealand army in World War II.

"It was important that we as the Auckland battalion recognise John's service to New Zealand, but most particularly post the events of Christchurch," Colonel Powell said.

"He is just a most incredible gentleman, who gave us speech which was awe-inspiring around kindness, patience and understanding different cultures. It was a great privilege to be there."