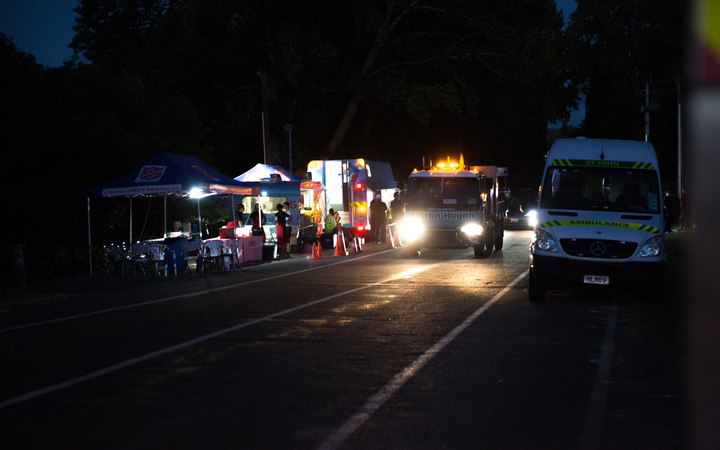 Emergency and support services on the scene of fires near Waimarama Rd. Photo: RNZ / Cole Eastham-Farrelly

The Waimarama fires sent flames over 164 hectares of farm and forestry land, destroyed one home and damaged others in February 2017, but the results of the Fire and Emergency investigation have only just been released to the public despite being completed in May 2017.

"Power line conductors clashing and arcing due to the high wind conditions dropping molten droplets which have ignited the cured fuel bed below," the report stated.

The party responsible for the fire was Unison, it said.

The lines company disagreed, however.

"Fire and Emergency allege that Unison is liable to it for a significant loss. Unison denies it is liable. However, as it is possible that Fire and Emergency will file legal proceedings against Unison, it is inappropriate for Unison to comment further on the fire," it said in a statement.

Lawyer Jol Bates, who represented five of the affected property owners, said he would file legal action against Unison to recoup losses they incurred, next month.

"We expect that Unison will defend its position, it's entitled to do that, but we think we have a very good case.

Mr Bates would not say how much the property owners were seeking from Unison.

The group of property owners had been preparing its case for almost two years after receiving the fire investigation report.

Fire and Emergency was in discussions with Unison about recouping the costs of fighting the fire, which was put at around $627,000.